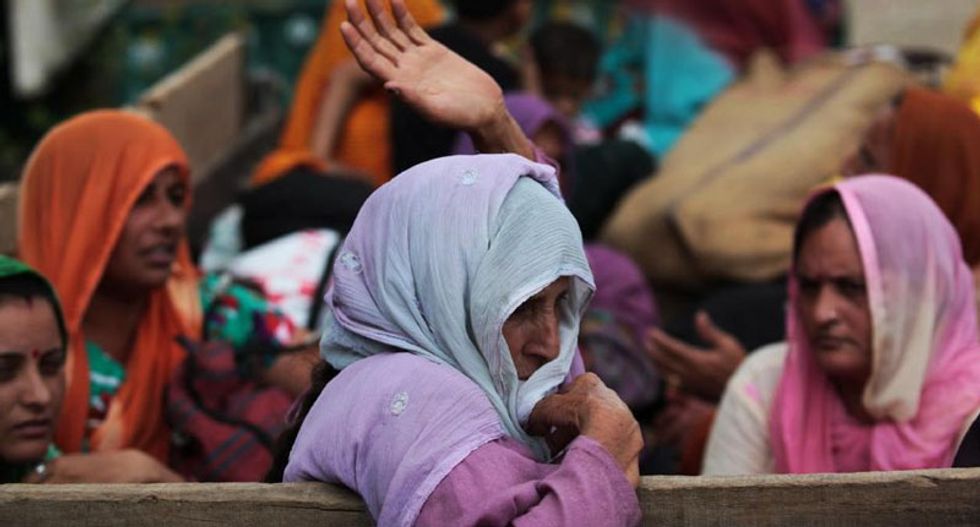 A senior Indian health official warned Sunday against buying an antibiotic feared laced with a toxin found in rat poison and linked to the deaths of 13 women who underwent sterilisation operations.

Alok Shukla, principal secretary in the health department of Chhattisgarh state, urged the media to raise awareness about the ciprofloxacin tablets manufactured at a local factory and banned from sale following the deaths last week.

"Since the specific medicine is available for private (sale and use), people need to be informed about its substances to avoid any further casualty," Shukla told AFP.

"We found zinc phosphide in one of the medicines given to the patients during the sterilisation operation," he said.

"We also received reports that about nine persons, who were not part of the sterilisation operations and had taken the same medicine, manufactured locally, have taken ill with the same symptoms."

Zinc phosphide is commonly used in rat poison. Officials suspect the tainted drugs were handed out to the impoverished women who underwent the operation at a mass sterilisation camp this month in the central state.

The deaths have triggered widespread criticism of a government-run programme that offers poor Indian women cash incentives for sterilisation in what activists say are often horrible conditions.

Police on Friday arrested the head of the drug company and his son and raided their factory in the state capital Raipur. The firm has denied any wrongdoing.

A doctor who performed the operations in just a few hours on 83 women blamed the drugs for the deaths after his arrest. He said he was being made a scapegoat for the controversial family planning scheme.

The victims suffered vomiting and a dramatic fall in blood pressure on Monday last week after undergoing laparoscopic sterilisation, a process in which the fallopian tubes are tied.

Dozens of women were still in hospitals recovering, with several on dialysis or on ventilators, Shukla said.

Officials stressed on Sunday that although initial tests found toxins in the drugs, they were awaiting results of more comprehensive laboratory analysis due Monday.

Counterfeit or adulterated medicines are a significant health problem in India.

"We have confiscated 27,000 (strips) of these drugs from our district over fears of their toxic contents," state government official Siddharth Pardeshi told AFP.

"We anticipate that these deaths could be related to toxic drugs but can say anything clearly only after we get chemical analysis report from different government labs."

Sterilisation is one of the most popular methods of family planning in India, and many state governments organise mass camps where mainly poor rural women can undergo the usually straightforward procedure.

Human Rights Watch has said health workers in India are coercing women into getting sterilised, because they are under pressure to meet informal targets.

A total of 336 people have died as a result of sterilisations in India in the three years since 2010, according to national government figures.