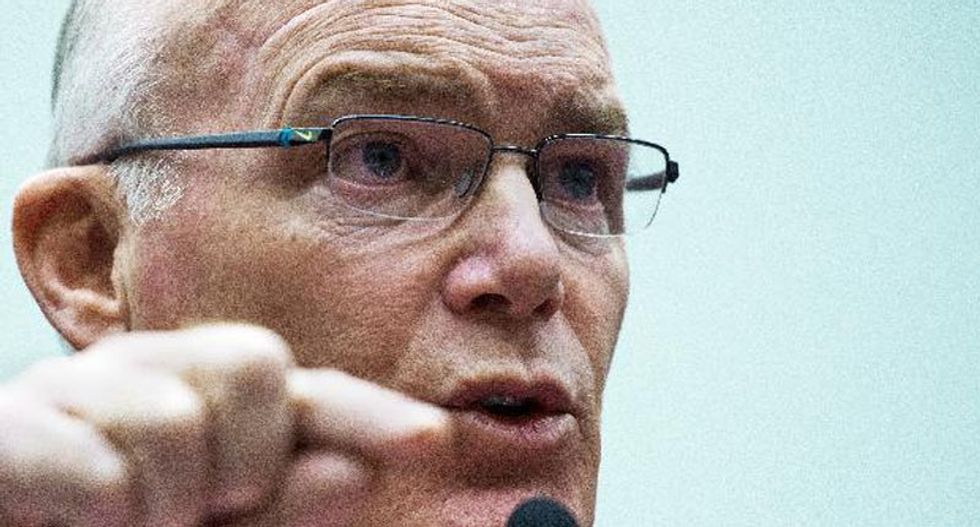 The Secret Service admitted Wednesday to an "inexcusable" series of failures that allowed a disturbed veteran to make it deep into the White House armed with a knife.

Joseph Clancy, acting director of the Secret Service, told the House Judiciary Committee that the front door of the presidential mansion had been unlocked, allowing Omar Gonzalez to make his way unchallenged into the building on September 19 after scaling the White House fence.

Clancy, who took over after director Julia Pierson resigned that month amid an outcry over several security lapses at the White House, said the Gonzalez incident was "simply inexcusable" and vowed a "comprehensive, bottom-to-top assessment" to improve protection of President Barack Obama and his family.

Clancy acknowledged a "convergence of failures" including the unlocked front door, a poorly performing communications system and an agent handling a guard dog that was distracted by his personal mobile phone.

"While we strive for perfection, we have, on limited occasions, fallen short of that goal," he said, adding that he was working to improve communication between Secret Service agents and management and had met agents at the White House and listened to their concerns.

But the Republican committee chair, Bob Goodlatte, warned those protecting the president have "no margin for error" and recent mistakes suggest the agency is "not entirely up to the task."

The Gonzalez intrusion -- Obama and his family were not there at the time -- was the latest in a string of security failures surrounding the president, including one in which an armed contractor with a criminal record rode an elevator carrying Obama.

The review found authorities had also failed to properly investigate Gonzalez, a homeless Iraq war veteran, after he had come to the attention of law enforcement months earlier.

And in the Obama elevator incident, Clancy admitted "we did not follow the proper procedures."

"We need to do better training, and reshape some of the training that we're doing," he added.

Press officers told reporters that Gonzalez got only just inside the north portico doors of the White House, and that he was not armed. A review confirmed he had in fact got far into the mansion after overpowering a guard.

"There have to be consequences" for those providing such misinformation, Republican Jason Chaffetz boomed.

"We gave bad information," Clancy acknowledged. "We failed on that day."

Democrat Steve Cohen, who suggested a moat might offer extra protection, wryly observed that Gonzalez got "further into the White House than some of my Republican colleagues have ever gotten."

"There can't be mistakes," Poe said. "You can not do a redo if there is a mistake in the security of the president."

Clancy said the Secret Service is meeting with city and federal officials about raising the height of the White House fence and installing other protective measures.

"We think we're going to find some solutions to make it more difficult for people to get over that fence," he said.