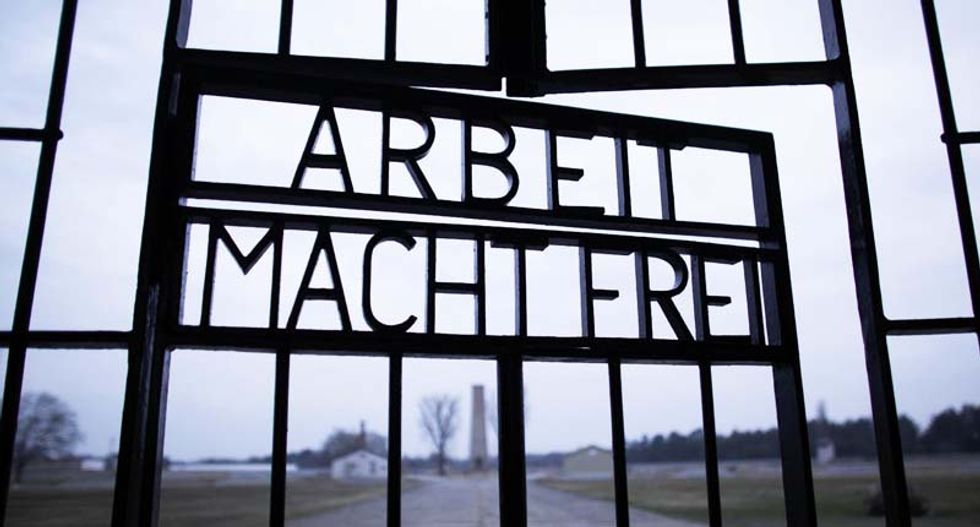 An iron gate with the infamous sign "Arbeit macht frei" ("Work will set you free") at the former Nazi concentration camp at Dachau in southern Germany has been stolen, police said Sunday.

The theft of the historic wrought iron gate, which measures two metres (yards) by one metre, apparently happened overnight, police said in a statement.

The site has no surveillance system, but is monitored by security guards and the theft apparently took place between their rounds of the camp, said police, who have appealed for any possible witnesses.

The head of the foundation of memorial sites in the Bavaria region and an elected official, Karl Freller, called the theft an "ignoble act."

The Dachau camp, located a few kilometres (miles) from Munich, opened in 1933, less than two months after Adolf Hitler became German chancellor. It was initially set up as a place to incarcerate political prisoners before becoming a death camp during World War II, killing more than 41,000 Jews.

The camp was liberated by US troops on April 29, 1945. Today some 800,000 visitors from around the world visit the camp each year.

The same "Work will set you free" sign at the Auschwitz-Birkenau camp in Poland was stolen in 2009, sparking a global outcry.

The mastermind of that theft, Swedish neo-Nazi Anders Hoegstroem, was jailed for two-and-a-half years.

The metal sign was eventually recovered cut up into three pieces, leading museum officials to display a replica above the entrance until it was restored in 2011.