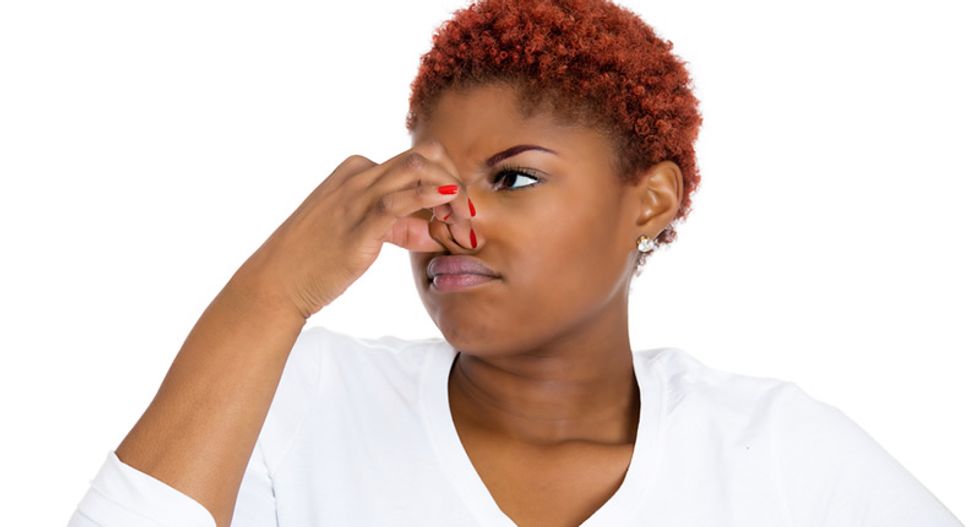 Democrats hoped women voters would help them weather a tough election year, but weariness with President Barack Obama and disgust with relentless partisan warfare in Washington prompted many to abandon the party they had backed two years earlier.

In a bitter election marked by record spending, Obama's Democrats battled a powerful headwind of frustration among women voters who said they had grown tired of the relentless attack ads on TV and unceasing warfare between Democratic and Republican lawmakers.

Female voters expressed disgust with both parties, but on Election Day it was the Democrats who suffered most. They needed to win the women's vote by a wide margin in order to offset Republicans' huge advantage among white men.

In the end, Democrats won women by 5 percentage points over Republicans, according to exit polls - far short of the double-digit margins they have racked up in more successful years.

Democrats lost women voters even in states like Colorado, where they ran a relentless campaign accusing Republicans of threatening access to abortion and birth control. Voters tossed out Democratic Senator Mark Udall even as they rejected an anti-abortion ballot initiative.

Many of the dozen women interviewed by Reuters in battleground states said while they supported abortion rights, they were more concerned by what they described as faltering leadership in the White House and a tendency by candidates from both parties to focus on negative attacks rather than explain what they wanted to achieve.

"I can't vote for people who allow such negativity, because it doesn't say much for their characters. They're being politicians - they're not being the kind of leader I want," said Maxine Schein, 69, a lifelong Democrat who this year voted for a third-party candidate.

Women voters have been crucial to Democrats' fortunes in recent elections to offset Republicans' advantage with men. Democrats captured 56 percent of the women's vote in 2006, when they won both chambers of Congress, and Obama carried women by double-digit margins in his successful 2008 and 2012 presidential campaigns. Republicans won 51 percent of the women's vote in the 2010 midterms, when they delivered a "shellacking" to Democrats and regained control of the House.

Democrats did better than that this year, winning women by 52 percent versus 47 percent for Republicans, according to national exit polls.

As in other elections, Democrats performed markedly better among non-married women, carrying them by a 22-point margin. That was not enough to offset Republicans' strong showing among married women, who they carried by 10 percentage points, and married and unmarried men.

Many said they had lost faith in Obama's ability to lead the country. New militant threats abroad and stumbles at home, such as the botched rollout of Obama's healthcare overhaul, cast doubt on the president's ability to keep the nation safe and the government running smoothly.

In recent years, Democrats' advantage has been bolstered by tone-deaf comments about rape by Republican candidates and a wave of "personhood" bills that would outlaw abortion from the moment of conception - an approach that could outlaw some kinds of birth control.

At the beginning of 2013, only 16 percent of U.S. women polled by Reuters/Ipsos thought the Republican party better served their needs.

Democrats in Congress pressed their advantage this year by trying to strengthen laws that require employers to pay equal wages to men and women doing the same type of work, as well as campaigning heavily against Republicans who had backed personhood bills.

In Colorado, nearly one out of two TV ads run by Udall and his allies mentioned reproductive rights, earning him the unflattering nickname "Mark Uterus" and a slap from the Denver Post, which chided his "obnoxious, one-issue campaign" when it endorsed his Republican challenger, Cory Gardner.

Udall's focus on women's issues was not enough to sway voters like Tracy Marshall, 57, an abortion-rights supporter who backed Obama in the last two presidential elections.

The Colorado Springs homemaker said she had grown tired of the anemic economy and relentless partisan infighting. She said she voted for third-party candidates this time.

"I blame both parties because I don't think anyone has been magnanimous or willing to cooperate. It's embarrassing, it's very sad, and I just feel like we've wasted so much time and so much money," Marshall said.

Reproductive rights didn't feature as prominently in other Senate races, where Democrats sought to emphasize economic issues. They faced a significant disadvantage as many of the Senate races were in states where Obama and his liberal policies are not popular.

"They're taking our jobs, they really are. And it's going to destroy the middle class," Atherton-Bentley, 57, said of immigrants.

"I believe we're in the Latter Times," said Burns, 61. "When everyone goes against Israel, that's when I believe Jesus will come back."