Joe Biden: I predict we're going to keep the Senate 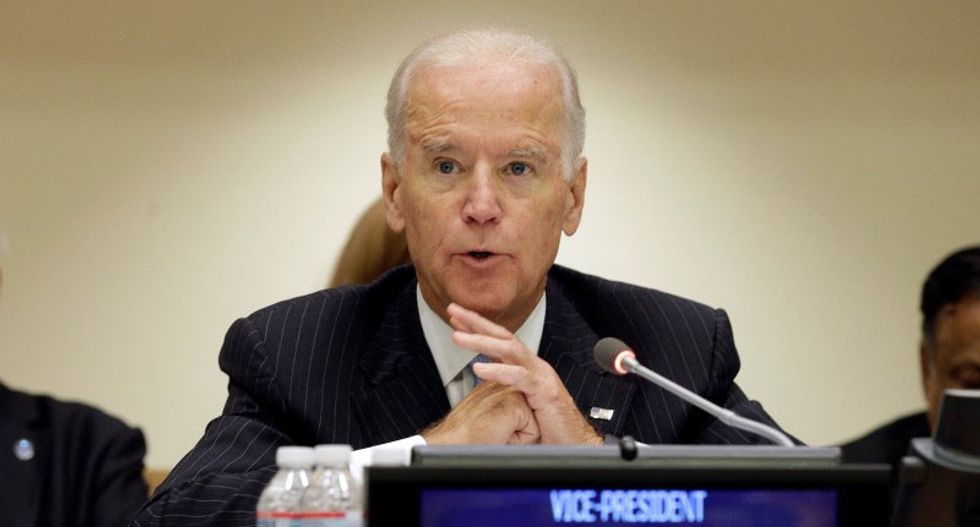 U.S. Vice President Joe Biden predicted Democrats would retain control of the U.S. Senate in Tuesday's congressional elections but said that whatever happens, Republicans would have to work harder to make sure things get done in Washington.

In an interview with CNN, Biden said he did not agree with forecasters who say Republicans are poised to capture the six seats they need to take over the Senate. They are also expected to expand their majority in the U.S. House of Representatives.

"I don't agree with the odds-makers," Biden said in the interview broadcast on Monday. "I predict we're going to keep the Senate."

Biden denied the White House would have to change how it works to accommodate full Republican control of Congress.

"Well, I don't think it would change anything, in terms of what we're about," Biden said. "And, quite frankly, going into 2016, the Republicans have to make a decision whether they're in control or not in control.

Because, he added, "the message from the people, and I'm getting it all over the country, is they're tired of Washington not being able to do anything."

Republicans have made U.S. President Barack Obama's unpopularity a top issue in the elections, and Obama has stayed out of the campaign spotlight in states that lean Republican.

Biden said there was nothing unusual about that because for many of the Senate and governors' races, the campaigns revolve around local issues, and each candidate has to determine whether the president's involvement will help.

As far as his own presidential aspirations are concerned, Biden said he had not decided whether to run in 2016.