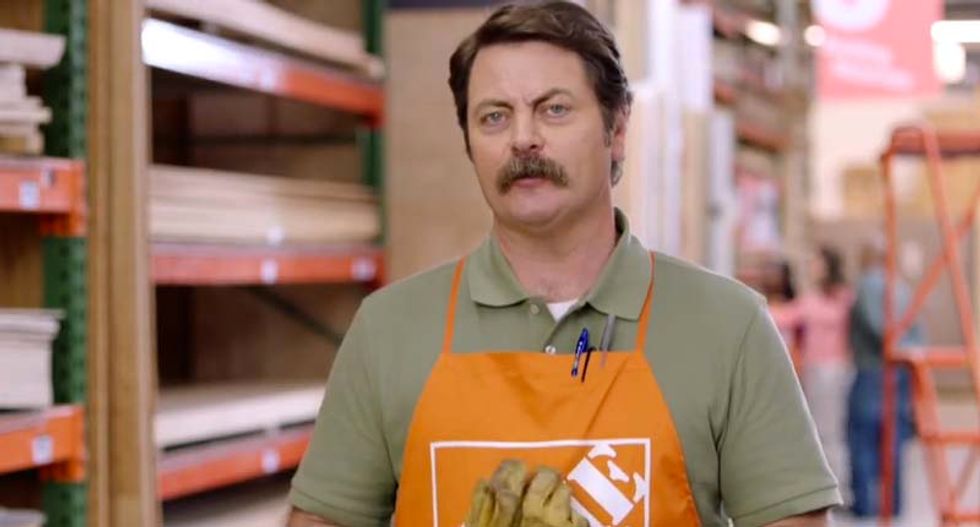 Responding to a recent announcement from home improvement chain Lowe's that it will experiment with robots as salespeople, Last Week Tonight's John Oliver invited on Parks and Recreation star Nick Offerman to demonstrate the real purpose behind providing customer service in the stores: saving marriages.

Following a clip of a Lowe's customer saying he enjoyed his interactions with the robot, adding they could be "friends," Oliver nixed the idea.

"Stop it. Because the sentence, 'The customer service robot at Lowe's is my friend,' may be the single saddest sentiment spoken out loud," Oliver explained.

"Robot assistants are a terrible idea," he continued. "Here's why: sales associates at home improvement stores are not there to help people find things. They're there to stop couples from tearing each other apart. If you really want to test your marriage, go buy home supplies together because Lowe's is like a swingers party or a couple's brunch; no one is leaving on speaking terms."

Watch the video below from HBO's Last Week Tonight: