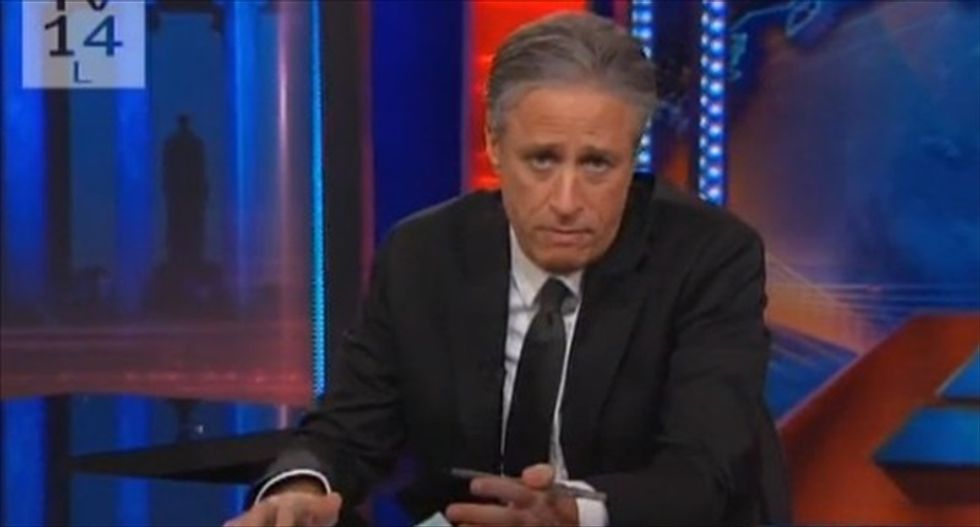 Stewart noted that Hodges had criticized the local authorities last month, saying some officers "abuse the trust that is afforded to them."

Shortly afterwards, police "sources" gave a local reporter a photo of Hodges and a Black man, Navell Gordon, pointing at one another, saying they were using a gesture common to gangs on the North side of the city. The story was roundly mocked online and dubbed "Pointergate."

"I get what this is about," Stewart said, arguing that the trumped-up controversy wasn't so much about the mayor flashing a "gang sign" with her fingers as it was the police union flashing their middle finger toward her.

The end result, he said, was that it was time to update the list of things "innocent Black people do that make them look suspicious," which he revealed to be an exhaustively long series of pages.