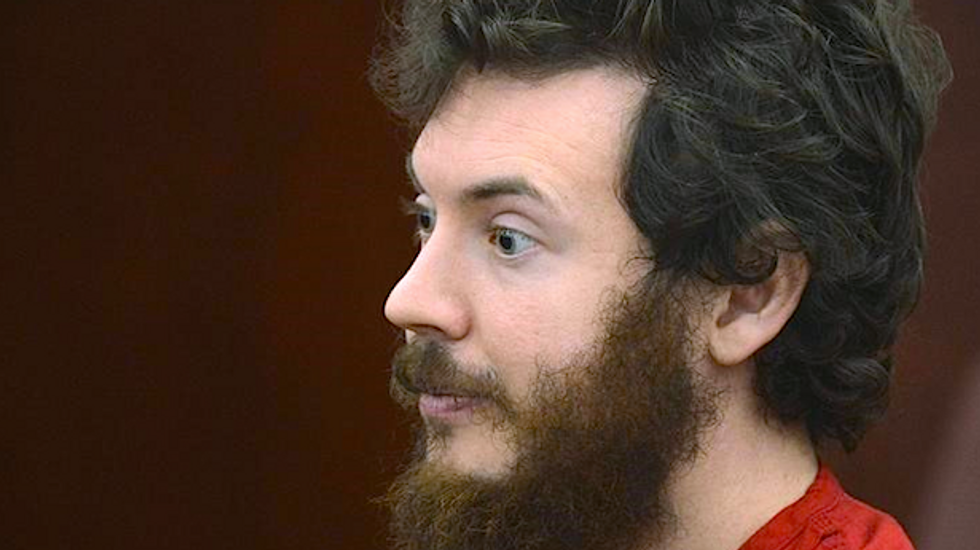 Public defenders filed a motion this week asking Arapahoe County District Court Judge Carlos Samour to recuse himself for what they called his “hostile and demeaning” tone toward the defense.

Samour denied the motion, and while acknowledging that he has been blunt and at times employed “flowery language” in his rulings, he dismissed claims that he had been unfair. He said it was important for him to stay on the case to avoid further delays in the proceedings.

Holmes, 26, has pleaded not guilty by reason of insanity to opening fire inside a suburban Denver movie theater during a screening of the Batman film “The Dark Knight Rises.”

Twelve moviegoers were killed and dozens wounded in the July 2012 shooting rampage.

Prosecutors have charged Holmes with multiple counts of first-degree murder and attempted murder, and said they will seek the death penalty for the former neuroscience graduate student if he is convicted.

Although they have conceded that Holmes was the lone shooter, defense lawyers have challenged nearly every piece of evidence amassed against their client, and Samour has ruled against them in most instances.

While noting that it is not unusual for a judge to deny motions in any case, defense lawyers in their pleading accused Samour of unleashing “a barrage of insults” at them.

Samour at various times has referred to defense positions as frivolous, lackluster, anemic and halfhearted, the defense motion said.

The judge said he holds Holmes’ attorneys “in high regard” and has used colorful language and metaphors in addressing pleadings from both side as well as from other parties who have weighed in on the case.

“It is critical, especially in a death penalty case, that the rulings issued by the Court are free of ambiguity,” Samour wrote.

Jury selection is set to begin in January, and Samour said 9,000 jury summonses will be sent to county residents. He has told both sides to be ready to present their opening statements on June 3.

(Reporting by Keith Coffman in Denver; Editing by Dan Whitcomb and Mohammad Zargham)