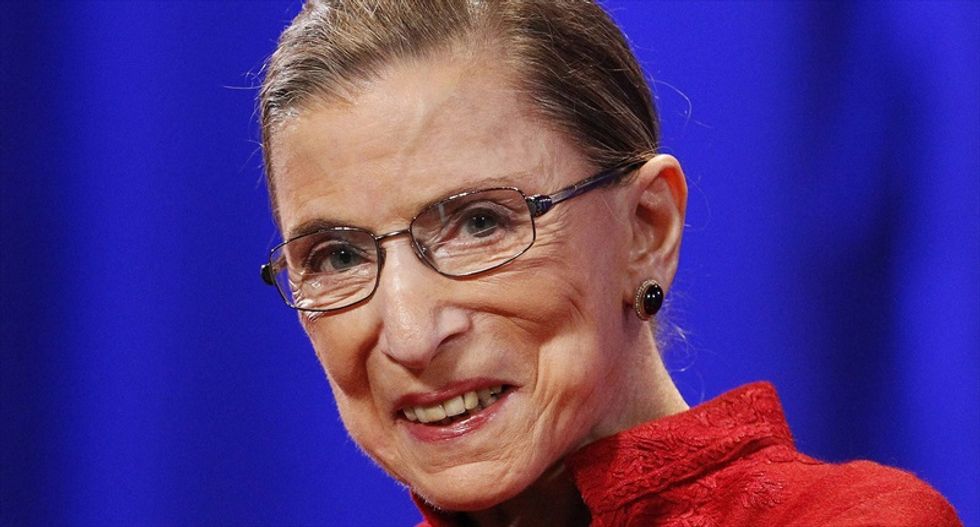 U.S. Supreme Court Justice Ruth Bader Ginsburg, the oldest member of the nine-justice court, was released from a Washington hospital on Thursday after undergoing a heart procedure, a court statement said.

Ginsburg, 81, had a stent placed in her right coronary artery at MedStar Washington Hospital Center on Wednesday to improve blood flow after she reported discomfort following routine exercise.

"Justice Ginsburg was released from the hospital this morning," court spokeswoman Kathleen Arberg said in a statement.

Ginsburg, appointed by President Bill Clinton in 1993, is the most senior liberal justice on the conservative-leaning court. As such, she is often the lead dissenting voice when the court is split 5-4.

In a July interview with Reuters, Ginsburg said she did not intend to leave the bench in the near future unless her health changed. She said she underwent regular medical check-ups for cancer and worked out twice a week with a personal trainer.

"Thank goodness I haven't slowed down," Ginsburg said at the time.