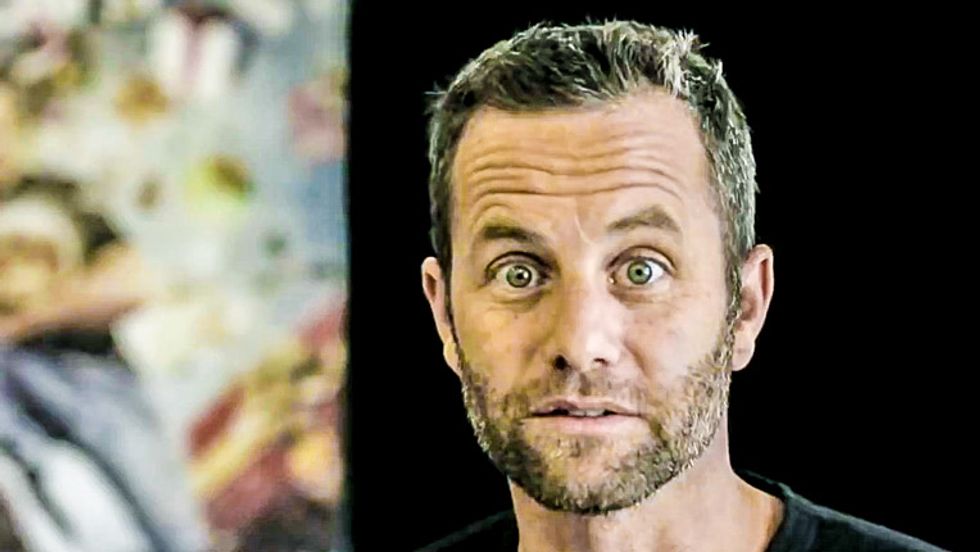 Actor-turned-fundamentalist activist Kirk Cameron this week urged Christians not to "drink the Kool-Aid" and accept what he said were lies that Christmas has its origins in pagan celebrations of the Winter Solstice.

During an interview with Christian Post to publicize his movie "Saving Christmas," Cameron said that he hoped that people would come to understand that traditions like the Christmas tree were only about the birth of Jesus Christ.

"I'm making 'Saving Christmas' because I love Christmas, I love everything about it," Cameron said. "I'm a sucker for all of it, and of course the nativity, and there's a lot of people who really want to put a big wet blanket on the celebration."

"It starts this time of year. You have people who want to pull down nativity scenes, you have lawsuits showing up in schools that can't have Christmas performances," he explained. "It has to be winter break or holiday break or sparkle season ... they want to take that out of Christmas so they don't offend people who hate Christmas. And then we have a new group who are telling us, convincingly, that Christmas is actually a celebration of paganism."

According to Cameron's new movie, Christians only picked Dec. 25 as the day to celebrate Christmas because it was the day that Jesus was born. And even Christmas trees are based on the Bible, the movie claims.

"We don't know this stuff, we kinda drink the Kool-Aid and believe pagans when they tell us they have ownership of these things," Cameron insisted.

"I want people to walk out of the theater, and first of all, have heard the Gospel, the Good News that God came to remove our sins, died, was buried and overcame the grave," Cameron added. "I hope people will walk out of there and throw both arms around their Christmas tree, and both arms around the gifts and their children and the feasting and say, 'Christmas is all about Christ. We want to dive headfirst in telling the whole world this story of God and his kingdom and how they have been invited to join it.'"

But when it comes to his historical view of Christmas, Cameron is in the minority. Even groups like the ultra-conservative Liberty Counsel agree that it's "important to know your roots."

"A lot of things we do today have pagan and pre-Christian origins," Liberty Counsel founder Mat Staver told Christian Post in 2011.

Pagan High Priest Jason Mankey pointed out that the story of Jesus' birth is not even free from pagan influences.

"When gods were born in ancient mythology their arrival was often marked by miraculous occurrences, these occurrences are mimicked in the New Testament with the Star of Bethlehem and angels heralding the birth of Jesus," he noted. "This is not to suggest that the rest of the gospels depict Jesus as some sort of ancient pagan deity, they do not, but the birth stories in Matthew and Luke do, at least a little bit."