Louie Gohmert: Left's idea of civil disobedience is to 'loot and shoot up stores' 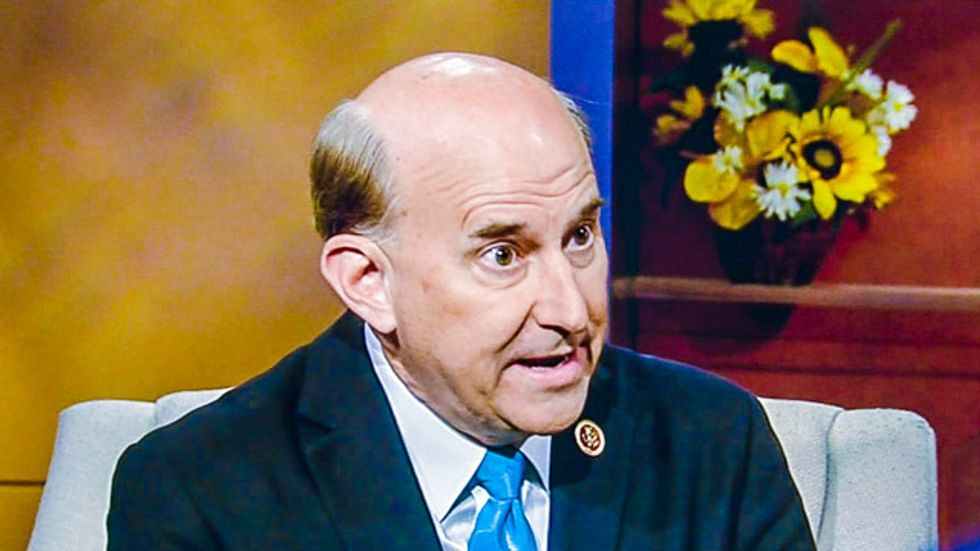 In a radio interview conducted before President Obama unveiled his amnesty program, Rep. Louie Gohmert, (R-TX), addressed civil unrest from both the left and the right, saying "civil disobedience comes from the left," before adding "they’re the ones that loot and shoot up and shoot up stores," according to Right Wing Watch.

Speaking with host Dan Cofall, Gohmert was asked if he thought  conservatives might rise up in anger against the president's executive order granting amnesty to 5 million undocumented immigrants.

Gohmert explained that conservatives are much more reserved when it comes to civil disobedience.

“Civil disobedience comes from the left,” he said. “They’re the ones that loot and shoot up and shoot up stores and do all kinds of things like that. If you look at the conservative gatherings, we even pick up our own trash."

Gohmert said he would prefer to see the GOP take the president to court, before stating "I hope there’s no violence.”

Turning to possible unrest in Ferguson should a grand jury not hand down an indictment in the killing of unarmed teenager Michael Brown by police officer Darren Wilson, Gohmert accused the president and Attorney General Eric Holder of sending "liberal attack people" to the race-torn community to incite violence.

"Obviously the president and the attorney general have done all they could to help stir up animosity and fuel the fire and getting people angry at police where they shouldn’t have, but I hope and pray that doesn’t happen," Gohmert replied. "It may happen in Ferguson because obviously they brought in the liberal attack people that just create all the havoc and mayhem they can but I hope and pray that doesn’t spread anywhere else."

Gohmert added, "I’m sure they want it to, I’m sure that people would love to have the federal government intercede, but I would beg conservatives not to get sucked into that trap.”

Listen to the audio of Gohmert below, uploaded by Right Wing Watch: