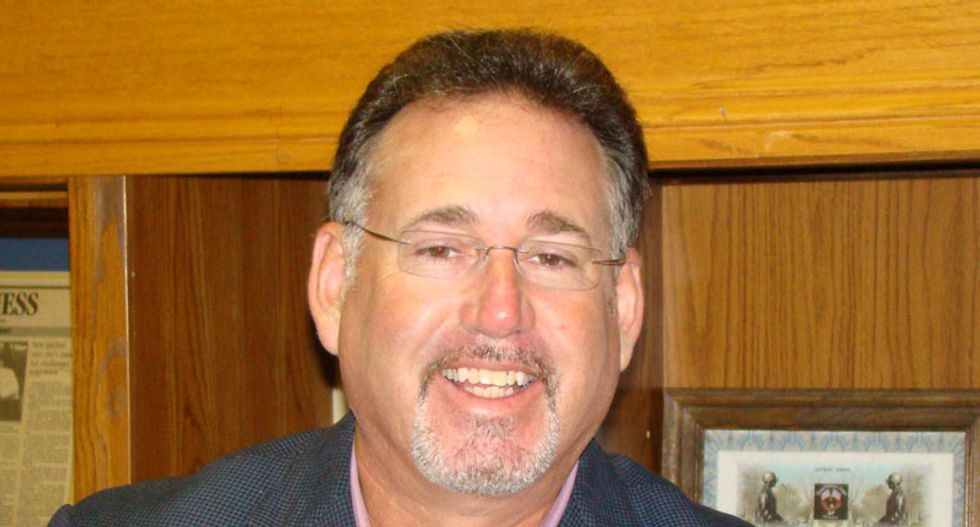 Following a Facebook rant claiming terrorists are taking over American convenience stores to finance overseas terrorism, a Louisiana television station owner launched into an on-air attack on a foreign-born convenience store clerk after a local veteran claimed the clerk insulted him.

According to the Houma Times, HTV owner Martin Folse attacked the clerk but never attempted to speak with him to get his side of the story.  Folse was also unaware that the clerk came to the U.S. from Nepal when he was 4-years-old.

Prior to the broadcast of his diatribe, Folse promoted the spot on his Facebook page, writing, "Watch HTV tonight at 6 p.m. I will honor our veterans and I will also warn you about some disrespect being shown to our vets from a man of middle eastern descent at one convenience store. Yes, I know. We are supposed to be unbiased in our reporting. Are they being unbiased when convenience store synthetic marijuana and bath salt sales are being shipped to terrorist oversees. If they want to live here, so be it. But when you disrespect our vets which include my dad, I will rip you another ass."

Folse added, "It's time people. Drive to American owned convenience stores and not stores which ship their sales to Yemen (facts verified) and other terrorists who are taking over our convenience stores. Chances are that the pack of cigarettes or the gas that you buy will be used to kill you and your family one day. If you think that I am sensationalizing than so be it. It's time people. Now. Wake up. Now you know what "Count Me In" is all about."

During his television diatribe Folse said "they are here," in reference to terrorists.

“It goes to show you their mindset, but they are right here in Terrebonne Parish,” Folse said during his televised rant. “I would urge anyone who has a parish vehicle or who is fueling up at these places, the parish president, I would urge anyone whose employees fill up at any of these stations, especially the one at (La. Highway) 311 and St. Charles (Boulevard), don’t fill up there anymore. If you fuel up there, I won’t vote for you. If they can treat our veterans this way, then you know where that money is going.”

Folse concluded his piece, saying of Middle Easterners, “They are going to have to change their faith.”

Following Monday night's broadcast, a group of protesters showed up at the Road Runner convenience store on Wednesday, waving flags and signs and encouraging patrons to go elsewhere.  Fearing for the store and employee's safety, the owner closed the business, posting a sign in the window reading: “Say No To Racism; Long Live United States.”

James Sargent, an oilfield business owner who was among protesters, held up a sign reading, “This store does not support veterans.”

Asked why he was protesting, Sargeant said, “I am doing this because I do not support un-Americans”.

When asked what he meant, Sargent replied. “These people. Muslims. Let’s get to the point here.”

After being told that the people from the store were not Muslims, Sargent shrugged. “OK, they’re from the Middle East, that works for me.”

The Facebook entry that led to Folse's on-air rant was written by a local neurosurgeon, Dr. Phillip McAllister, who claimed the attack on veterans came after a dispute when he attempted to purchase a tin of smokeless tobacco.

In an interview with Folse, McAllister claimed there was an argument over the tobacco, and that the clerk cursed at him.

"It was apparent that he was very upset, at which time I told him it was fine, that I would do without the snuff and walked out of the convenience store. He told me that I was a blanking a—hole; I reminded him that he was able to speak to people that way because of veterans who had sacrificed much for this country," McAllister said. “He informed me that I was a blanking a--hole and that all U.S. veterans are blanking a—holes.”

The clerk, 24-year-old Sadar Sikhada, admitted he did curse the doctor, but said nothing about veterans.

“What is a veteran, I do not know this word,” Sikhada said. “They do not have this word in my country.”

Sikhada, said that McAllister grew frustrated with him, "He said people from outside, or people from Middle East, don’t know how to serve Americans. When he told me that I got mad."

After learning of the incident the owner of the store reprimanded the clerk and transferred him to out of town store.

The owner also complained about the treatment given to his store by Folse.

“I understand if somebody is mad about being called a name," he said. "But why on the television show did they say we are Middle Eastern? Why did they make it look like we sell drugs, when we have nothing to do with that, showing our store the whole while they talk about it?”