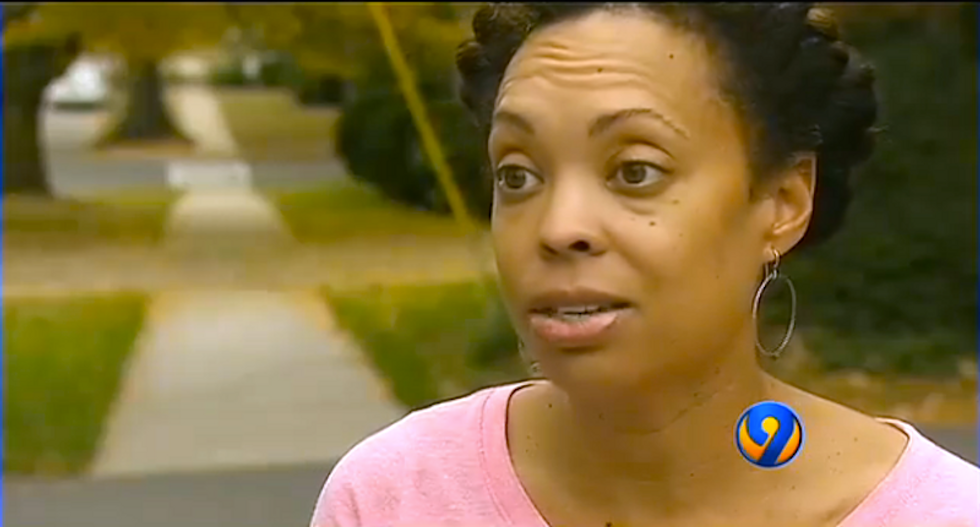 Civil rights activists are asking authorities to investigate the burning of a campaign sign for U.S. Kay Hagan (D-NC) on a black family’s front yard.

Kenya Goldsberry said her support for the Democratic incumbent is unusual in her neighborhood, which she said was filled mostly with supporters of Republican Thom Tillis.

She said political signs have been stolen in the past from her yard, but she said the recent act of vandalism carried disturbing symbolism.

“A burning sign in our yard is more than an attempt to silence our free speech,” said Goldsberry, who is black. “A burning sign is a symbol of the undemocratic tactics some will use to impose their will on the whole community.”

A surveillance camera showed a white SUV pulling into her driveway and a man getting out and walking toward the front door before turning around.

The man walked toward the sign and then set it on fire.

"People trying to suppress it (and) intimidate me -- that's disturbing," Goldsberry said.

The North Carolina branch of the NAACP asked the U.S. Department of Justice and the state attorney general’s office to investigate the matter as a possible violation of the Voting Rights Act and potential hate crime.

“This was a dangerous and cowardly act,” said the Rev. Kojo Nantambu, president of the Charlotte branch of the NAACP. “The sight of someone burning items in your yard is very reminiscent of not too long ago -- when the Ku Klux Klan terrorized Charlotte.”