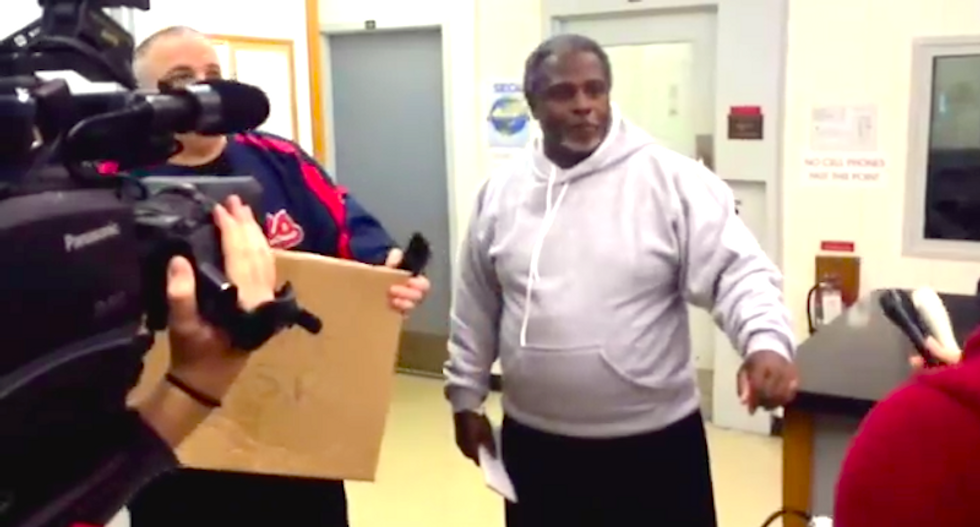 An Illinois judge ordered the release of a man who served 15 years in prison after he was duped by anti-death penalty activists into confessing to a double murder.

Alstory Simon was approached in early 1999 by the head of Northwestern University’s Innocence Project, who was working to get a death sentence overturned for Anthony Porter in the slayings of two teenagers 17 years earlier.

David Protess, a journalism professor at the university, went with two students to meet Simon after learning the mother of one of the victims had placed him at the scene with Porter.

They told Simon they were working on a book about the homicides and knew he had actually killed the teens.

Later, an investigator with the Innocence Project and another man visited Simon wearing badges and guns, claiming to be Chicago police officers and telling him they knew he had killed Jerry Hillard and Marilyn Green in 1982.

They urged Simon to confess, saying that would allow him to avoid the death penalty.

They showed him videos of his ex-wife implicating him in the murders, although she recanted the claim just before her death in 2005, and an alleged witness who turned out to be an actor.

Simon, who sad he had been smoking crack for three days straight, confessed on video after investigator Paul Ciolino promised him a light sentence and money from any book or movie deals about the case.

They also put him in touch with a free lawyer who was part of the Innocence Project’s plan to free Porter – who was freed from prison just two days before he was scheduled to die by lethal injection.

Protess was suspended from Northwestern and later retired after the abuses were revealed, but he is now president of the Chicago Innocence Project.

Ciolino, the investigator, pointed out that Simon, who was sentenced to 37 years in prison, had also confessed to a TV reporter, his lawyer, and others.

“I appreciate the State’s Attorney’s renewed commitment to rooting out wrongful convictions," the private investigator said in a statement. "While misplaced here, I hope her office reviews other cases in the system.”

Cook County State's Attorney Anita Alvarez determined after a yearlong investigation that Simon’s videotaped confession was false and vacated the charges against him, and a judge ordered his release Oct. 30.

"This investigation by David Protess and his team involved a series of alarming tactics that were not only coercive and absolutely unacceptable by law enforcement standards, they were potentially in violation of Mr. Simon's constitutionally-protected rights," Alvarez said.

Simon’s current attorney said he believes Porter killed the teens, but he cannot be tried again for the murders.

Protess, who has not commented on the 62-year-old Simon’s release, has previously said that Porter would have been executed if not for the work of his journalism students.

Simon's case is the subject of a movie, "A Murder in the Park," which debuts Nov. 17.

His attorney has not yet decided whether they will file a civil rights suit against Northwestern, Protess, or anyone else involved with obtaining his confession.