Maryland man arrested for email threat to behead Obama over his handling of ISIS, Ebola 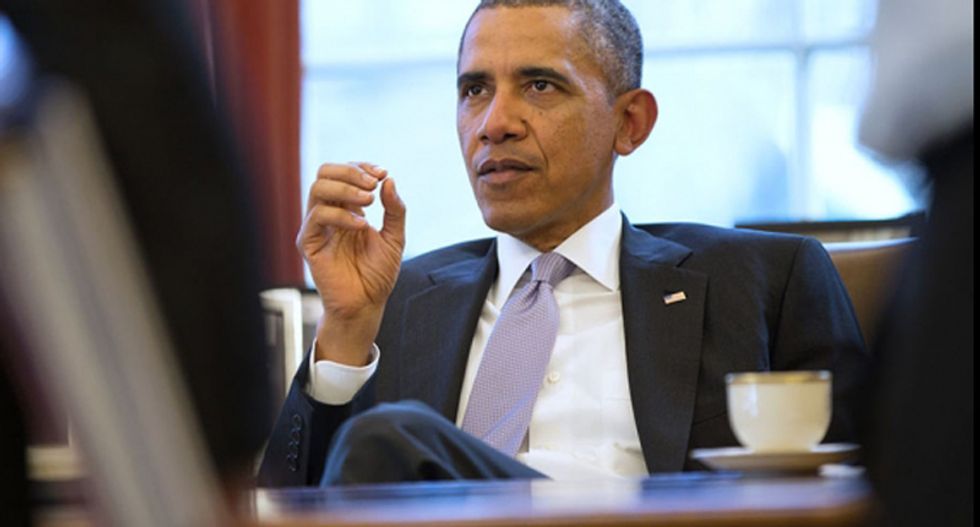 Christopher Perkins O'Brien, of Annapolis, was arrested on Thursday and charged with making a violent threat against the president and threatening bodily harm against the presidential family in an email sent to the White House website on Oct. 16, according to court documents.

O'Brien was also charged with using interstate communications to make the threats, the documents said.

In the email, Obama is called "stupid" and a racial slur for his handling of ISIS, beheadings in the United States and of the Ebola outbreak before he is threatened with physical violence.

"I ... hope to reach out to slash Michele's throat... You?? I will make a point to behead you, then throw your head into the nearest body of water, as I drive off into Maryland," O'Brien is accused of writing, according to charging documents first reported by The Baltimore Sun.

O'Brien was convicted in 2007 of manslaughter in the strangulation death of a 32-year-old female friend, the paper has reported. He served part of a 10-year sentence for the crime, which was later reduced to involuntary manslaughter.

Secret Service arrested O'Brien on suspicion of the recent death threats after tracing the email to his Annapolis home, the agency said.

O'Brien appeared on Thursday in U.S. district court in Maryland, where a judge ordered that he be detained, the agency said.

It was not immediately clear what sentence O'Brien faces if convicted of the charges against him.

Prosecutors at the U.S. Attorney's Office declined to comment on the case. O'Brien's attorney did not return calls for comment.

The White House has not released a statement about the death threats.