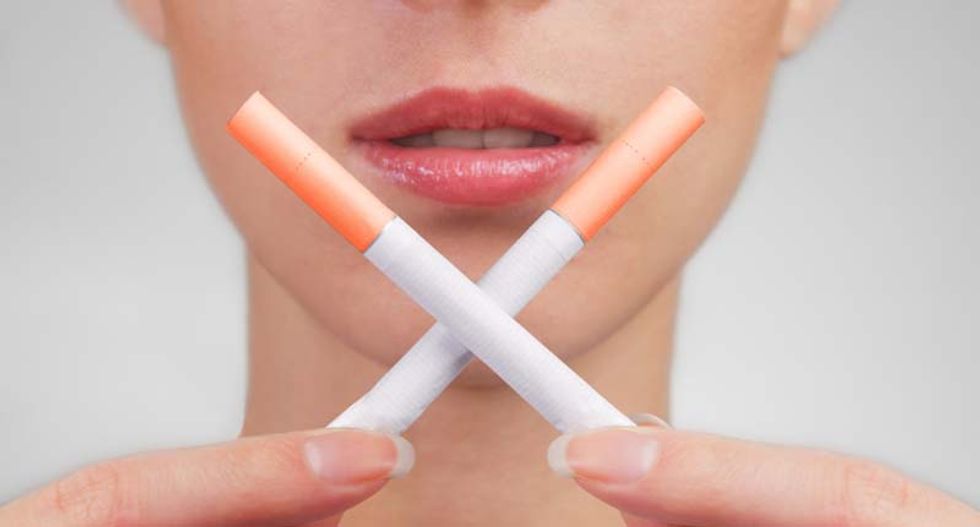 The town of Westminster, Massachusetts will hold hearings this week on a proposal to ban the sales of all tobacco products within town lines, according to the Associated Press.

The proposed regulation will be the main topic at a public hearing being held by the Board of Health on Wednesday, with community  interest so high the hearing has been moved to a local elementary school cafeteria rather than in the usual second-floor conference room.

According to town health agent Elizabeth Swedberg,  the ban seems like a sensible solution to  the problem of cigarette addiction  stating change "has to start somewhere."

"The tobacco companies are really promoting products to hook young people," she said, while noting bubblegum-flavored cigars, e-cigarettes and a new form of smokeless tobacco that resembles Tic Tacs. "The board was getting frustrated trying to keep up with this."

Swedburg  cited a report from the U.S. surgeon general stating, that should tobacco use continue unabated, 5.6 million American children who are younger than 18 today will die prematurely because of smoking.

"We commend the town for doing it," he said. "To my knowledge, it would be the first in the nation to enact a total ban."

Local merchants are not in favor of the proposal with store owner saying a quarter of his customers purchase tobacco which make up 5 percent of his sales.

With the help of the New England Convenience Store Association, Vincent has been asking customers to sign a petition against the proposal, saying he has gathered more than 800 signatures so far in a town with a population of 7,700, According to Vincent, other merchants are on track to deliver hundreds additional signatures to town officials this week.

A spokesperson for the Virginia-based Altria Group Inc. --owner of the nation's biggest cigarette maker, Philip Morris USA -- calls the proposal a "bad policy" that will harm the local economy.

"We believe businesses should be able to choose which products they carry," Sutton said. "If the ban were to be implemented, adult tobacco and e-vapor consumers could shift their purchases to neighboring stores. The proposed regulations, if enacted, would fundamentally alter these businesses and would likely cost Westminster jobs."

Swedberg said the Board of Health hopes that if it enacts the regulation, loyal customers will support local businesses by buying more non-tobacco products.

She added that  stores could see another benefit: "For people who are trying to quit, it could be a better place for them to shop, because they wouldn't be confronted with tobacco."

Recently CVS, the nation's second-largest pharmacy chain, discontinued tobacco sales in their 7,700 stores. The drugstore chain estimated it will lose about $2 billion in annual revenue as they reposition themselves as a health care destination.