Men's right activists: Nobody wants to work for women -- and it's not sexist to say that 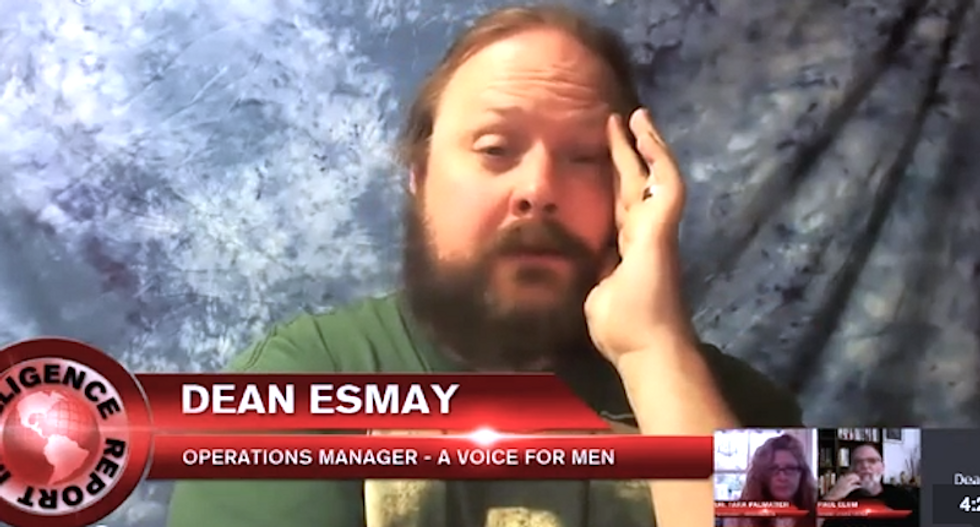 A group of men’s rights activists agreed during a video chat that they would rather work for a male boss than a female – and so would everyone else, probably.

“I’ll say it, because I know women who’ve told me this, and I’ve seen women say this, if I were a woman looking to get into the sciences, a bunch of catty b*tches going after somebody in typically female relational aggression bullying fashion, that would turn me off, and I would think, I don’t want to go there,” said Dean Esmay, operations manager for A Voice For Men. “Because if they’re that mean to a guy, they’ll be even meaner to a girl they don’t like, and there is nothing -- I’ll probably get some backup on this – women can be so f*cking nasty to each other.”

Esmay told Paul Elam, founder of the men’s rights website, and Tara Palmatier, a psychologist at Shrink4Men.com, that he was once bullied by three female colleagues, although he offered few specifics.

“I was horrifically bullied, and I didn’t even know what was going on or how to stop it because I didn’t even understand it until (in) retrospect,” he said. “It was unbelievably nasty.”

“I don’t think that’s internalized misogyny,” Esmay said. “I think it’s because we don’t teach women – whatever biological component there is, I don’t think we train women to lead in ways that don’t involve that kind of henpecking bullying that you see is very common among women, and that seems to typify most of feminism.”

Elam claimed he’d never spoken to a woman who said she would prefer to work with women instead of men – but he insisted the claim wasn’t misogynist because he was merely repeating the claims of women.

“Listen to women for once,” Esmay agreed. “If we stop with the ‘women are weak and need to be empowered, they’re oppressed and they need to be empowered,’ and start talking bluntly about these things, even some of those women who are bad leaders now will stop being bad leaders because someone can point out, hey you’re being a b*tch. I didn’t call you a b*tch because you’re being tough, I called you a b*tch because you’re being a b*tch. There’s a difference.”

Watch an excerpt of the conversation posted online by Paul Elam: