Men's rights activist: Civilization fails when women and their vaginas are allowed in the workplace 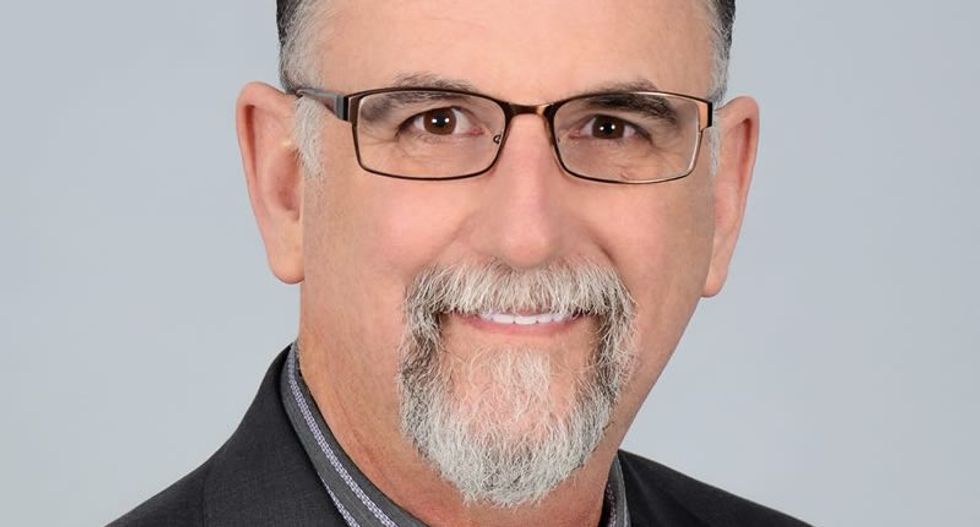 The founder of A Voice for Men, Paul Elam, went on "ManStream Media" to discuss how women have forever ruined the workplace and ended the possibility of humanity ever doing anything "excellent" again.

"There's just a different way that men do things with each other," he said, "and it results in excellence. In civilization. In the aqueducts being built. To people landing on the moon and cures being found to disease."

Elam offered as an example of such excellence what happens at a construction site when some "newbie comes in and accidentally pulls the trigger on the nail gun and plants one in his leg. They're not going to rush around him crying, they'll say, 'That'll teach his ass. When he comes back to the job, he won't do that again.' But they will get him medical care."

"I'm sorry, ladies," he continued, "but if we want society to advance, we need to leave men alone to do their work -- to do their thing and be with each other to get things done. Because that's how it works."

Therapist Tom Golden agreed, saying, "we've eliminated that from this country, and we're paying the price for it. We are no longer excellent, and I think that can be attributed to the lack of male space."

"The workplace, for instance, it's incredible how men in the workplace used to just get on each other -- they'd harass each other, basically," he said. "But women came into the workplace, and they said, 'Wait, you can't do what you've done for years! You've got to be nice at work!'"

"And the men were like, 'What? Now I can't say anything at all?'" to which the women, Golden claimed, said "'That's right!'"

"'Hi!'" Elam interjected, pretending to be a woman, "'I have a vagina and a whole new set of rules! Never mind what's worked for thousands of years, because I'm female and I know how to make 9,000 people work together to build a bridge across two miles of river!'"

According to a report from CNN, Republican voters in Colorado have become increasingly alarmed at the prospect that indicted 2020 presidential election denier and former county clerk Tina Peters could be their party's nominee for Secretary of State.

Peters, who was hit with 10 counts related to election equipment tampering by a grand jury -- and is affiliated with fellow election denier Mike Lindell -- is currently the GOP frontrunner for the job, and that has conservatives very worried.

'Elvis' puts the King back in spotlight in North American theaters

Baz Luhrmann's rock'n'roll biopic "Elvis" hip-swiveled to the top of the box office on its opening weekend in North America, taking in an estimated $30.5 million in a rare tie with "Top Gun: Maverick," industry watcher Exhibitor Relations reported Sunday.

The nearly three-hour long extravaganza by director Luhrmann, known for glitzy films like "Moulin Rouge!" and "The Great Gatsby," brought in nearly double the average for the musical biography genre, said analyst David A. Gross of Franchise Entertainment Research.

Arun Gupta
In looking to understand how America arrived at the disastrous point of women being reduced to second-class citizens with the overturning of Roe v. Wade, look no further than the corporate news media.

It laid the groundwork for the right’s crusade to enforce pregnancy with decades of false equivalence and mushy objectivity. It portrayed women-hating fanatics as a legitimate side in a debate. It credulously accepted right-wing senators’ excuses they were betrayed by Supreme Court nominees like Brett Kavanaugh who proclaimed Roe was settled law in the confirmation process. It treated propaganda as fact by using the term “pro-life” for a movement that is fundamentally against life.

But there is an even graver failing by the corporate media, its inability to connect the dots of the right’s war on women. The ruling against reproductive rights is linked to the Supreme Court’s ruling expanding the gun rights and the Jan. 6 coup attempt.