Men's rights activist: Rape culture is a 'product' being peddled on campuses 'like crack' 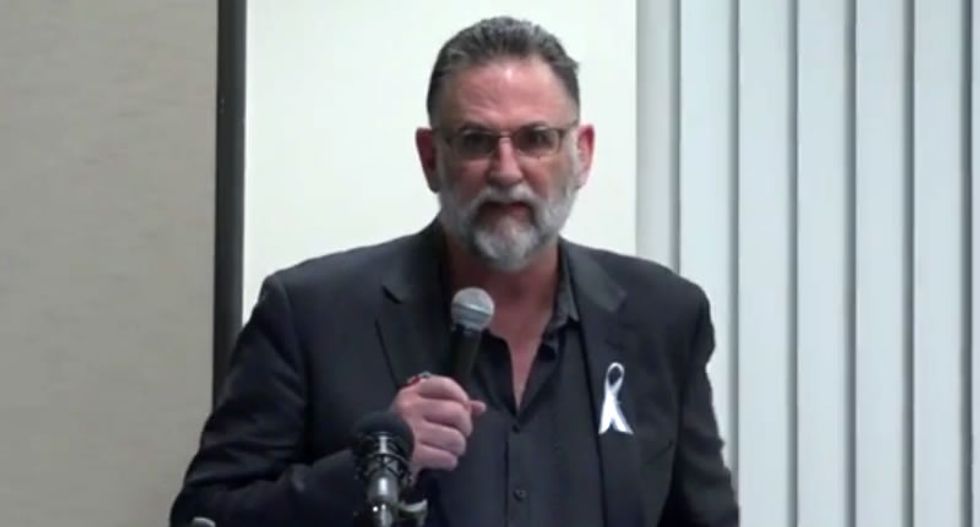 At a speech for the "non-feminists for men's rights" group Kennesaw State University Men, A Voice for Men founder Paul Elam discussed what he called the "myth" of rape culture.

After a brief introduction from Sage Gerard, a.k.a. "Victor Zen," Elam proceeded to "debunk" the evidence on which campus rape statistics are based in order to prove that rape does not occur nearly as often as people assume.

That assumption, he claimed, is based on the "myth" that rape culture exists. "What is rape culture?" Elam asked.

"It is a myth that is no more real than a patriarchy that abuses and takes advantage of women for the sole pleasure of men," Elam continued. "We need to talk about this, but talking about it is a lot more difficult than it seems."

"Domestic violence" is a "cash-cow industry," and those who speak out against it are harassed and stalked, he claimed, citing the experience of Erin Pizzey, who argued that many of the women at the battered women's shelter she founded in England were just as violent as the men they were allegedly running from.

"They shot her dog," Elam said, "and they had to call the bomb squad. Eventually, she had to move to the United States. This is the feminism that we're dealing with -- not the one in the dictionary."

"At the last Voice for Men conference, we had a great time -- after the death threats," he continued. "After we had to move venue. After we had to have an emergency fund raiser for police protection because people were threatening us."

"I remember there was a sign that protesters were carrying that said 'Feminism Is For Everyone,' and I wondered, 'Is that an invitation to belong, or a command to submit?'"

Throughout his talk, Elam was sporting a white ribbon -- the symbol of an anti-domestic violence group that A Voice for Men attempted to hijack in order to divert donations to itself.