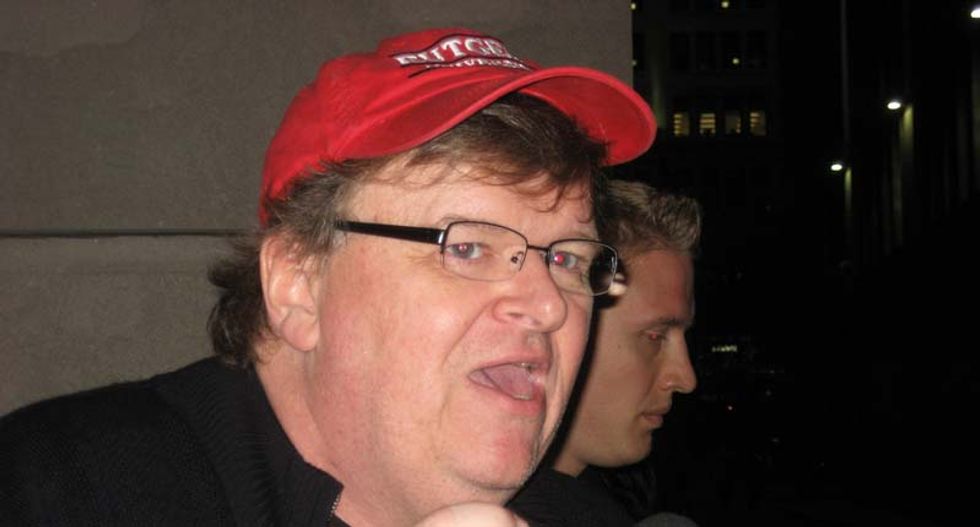 Describing him as "a friend of mine," filmmaker and social commentator Michael Moore defended comedian Bill Maher who has been under attack for his views on Islam.

Writing on his Facebook page, Moore praised Maher for his willingness to take on all religions, not just Christianity, writing that when Maher "bravely ridicules and attacks Christian assassins of abortion doctors who cite the Bible as justification for their evil acts, we heartily applaud him."

But when Maher goes after Islamic fundamentalists, Moore writes, "we grow uneasy."

"Why the switch on our part?" Moore wrote. " Is it because Bill doesn't just stop with the Islamic assassins -- he thinks anyone who follows the Koran is a bit nuts? Or the Bible or the Talmud or the... you name it. He thinks it's all coo coo for cocoa puffs."

Moore alluded to Affleck's appearance, writing, "Bill often has Muslims who disagree with him on his show, like the great Ben al-Afleck."

Moore contends that liberals are overly sensitive to criticism of Islam and Muslims because they witnessed the horrific bigotry and violence they suffered following the 9/11 attack.

"We have witnessed, since 9/11, Arabs and Muslims in this country undergoing huge amounts of prejudice, bigotry and sometimes outright violence. This sickens us (as I know it does Bill). So we are extra sensitive to what sounds like, as it goes through the liberal filter in our ears, any 'anti-Arab' comments. We don't want to hear anything even remotely anti-Muslim," he wrote. "But we have to be careful that this doesn't stop us from listening to legitimate criticisms about things that go on in the Muslim world."

While admitting that Christianity has its share of horror stories, Moore explains that evil must still be called out.

"Sure, I can make a daily list of all the horrible things so-called Christians still do in this country. Rarely, though, do their actions involve decapitation," Moore wrote. "But if you're a Dutch filmmaker who makes a movie about violence against women in some Islamic countries, or if you're a Danish cartoonist who draws an image making fun of the Prophet -- well, you are then either shot to death or you are now in hiding."

"So if Bill is taking the same exact position liberals usually take whenever we see free speech being threatened, or women being abused or people forced to submit to fundamentalist dictates, why then is he facing any criticism for speaking out against these wrongs? When Christians do these things we speak up -- loudly. So why not speak out when Muslims do it? 'Cause it's none of our business? Isn't it?"

Moore concluded by explaining that "Comedy is and should be a dangerous business," and praised Maher for taking chances, writing, "Those comedians like Bill Maher who are willing to take the risk of being the court jester -- saying the things that the rest of us are often thinking (or wish we were thinking) but are afraid to say -- should be supported, not silenced."