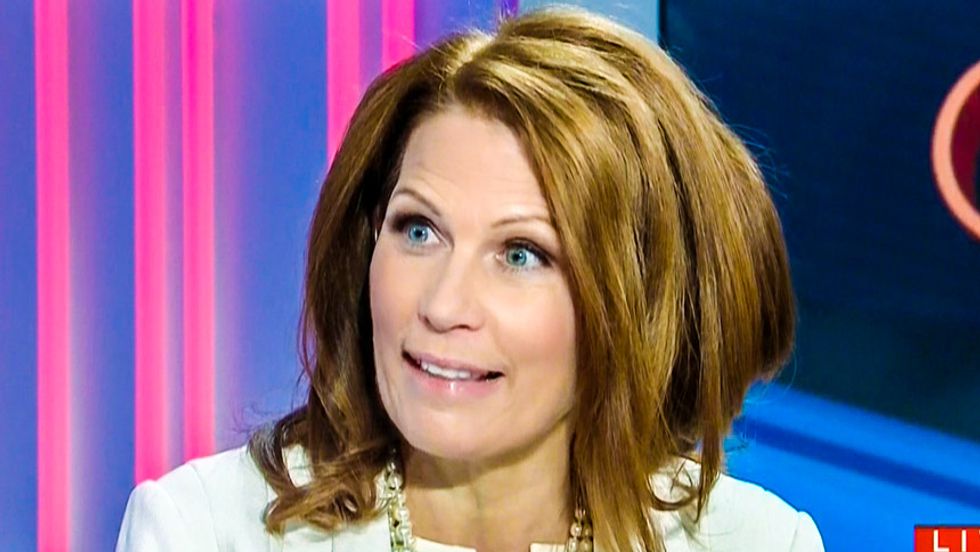 Rep. Michele Bachmann (R-MN) on Sunday attributed big wins for the Republican Party in the midterm elections to the "fiscal sanity" that she said the Tea Party had been standing for.

During a panel discussion on CNN, Bachmann argued that Congress could shed its "do nothing" label now that Republicans had control of both the House and the Senate.

"It will be communicating on what we heard on last Tuesday from the American people, they do want us to move forward, they do want us to get things done," she explained. "But the first thing they did is they held up a big stop sign. They said, 'We don't like what's been coming out of Washington, D.C. Listen to us.'"

"And if we hear in Washington, D.C only are talking about D.C. and not about back home, then we're going to be in trouble," the congresswoman added. "We have to implement what people said to us on Tuesday, then we'll be successful."

Bachmann asserted that the Tea Party message from the people who voted was clear: "It was the energy of fiscal sanity."

"That's what the Tea Party is, it's maligned. And people don't -- misunderstand what it is, but it's really about bringing fiscal sanity," she insisted. "That was the message of Tuesday, and that's a united message, both in the House now and in the Senate."