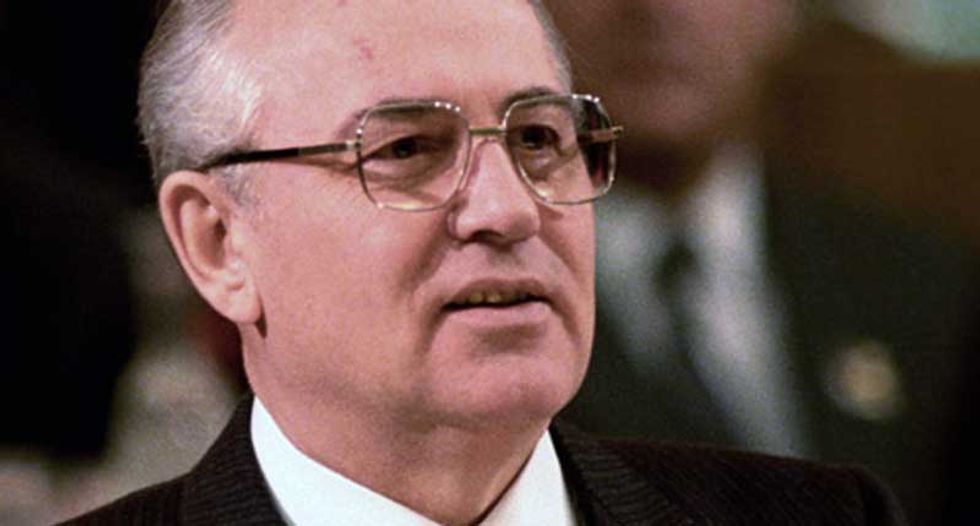 Mikhail Gorbachev has warned that tensions between the US and Russia over Ukraine have put the world on the brink of a new Cold War.

The former leader of the Soviet Union said: “We must make sure that we get the tensions that have arisen recently under control.”

The 83-year-old made the comments on Saturday at an event marking the 25th anniversary of the fall of the Berlin wall, close to the Brandenburg Gate.

Gorbachev’s “perestroika” and “glasnost” reforms helped spell the end of communism in eastern Europe and the Soviet Union in the late 1980s and early 1990s. He kept Soviet troops stationed in East Germany in their barracks the night of 9 November 1989, as the border was opened.

The former leader has accused the west – particularly the US – of “triumphalism” after the collapse of the communist bloc.

Gorbachev called for new trust to be built through dialogue with Moscow and suggested the west should lift sanctions imposed against senior Russian officials over its actions in eastern Ukraine.

Before arriving in Berlin, he gave pointed backing to Russian president Vladimir Putin, saying the Ukraine crisis offered an “excuse” for the US to victimise Russia: “I am absolutely convinced that Putin protects Russia’s interests better than anyone else.”

In an interview with the Interfax news agency, Gorbachev admitted that Putin was not above criticism, but he said he did not want others to pick on the Russian leader.

Ties between Berlin and Moscow have been strained in recent months by the conflict in eastern Ukraine. Gorbachev said: “As long as Russians and Germans understand each other, as long as our relationship is good, then everyone benefits.”

Failure to achieve security in Europe would make the continent irrelevant in world affairs, he added.

Germany will celebrate the fall of the wall with the release of a nine-mile chain of lit balloons along the former border on Sunday night, around the same time that a garbled announcement by a senior communist official set off the chain of events that brought down the cold war’s most potent symbol.