Minneapolis man writes his own warm and witty obituary, admits to being Spider-Man 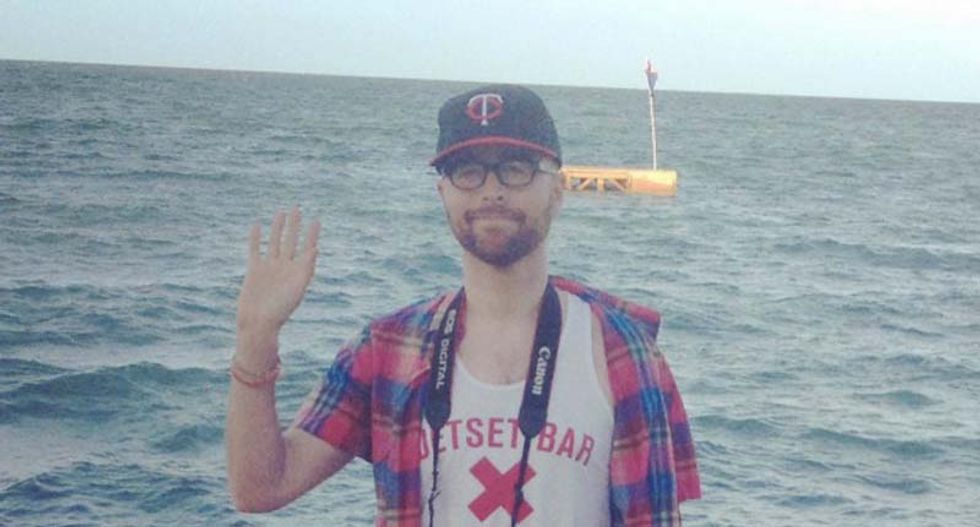 A Minneapolis man, diagnosed with a brain tumor in 2011, passed away this week but not before writing his own warm and droll obituary admitting that he has been Spider-Man all along and that he was previously married to pop star Gwen Stefani.

Aaron Joseph Purmort, 35, whose wife has been documenting both their love affair and his medical battles on myhusbandstumor.com, posted the obituary which appeared in Minneapolis Star-Tribune following his death on Nov. 25.

According to his wife Nora, the obituary was co-written by the two of them.

"Before purmort died, we had time to sit down and write his obituary. I’ve never laughed and cried more in one sitting, but I’m so glad we got to do this. I love this man so damn much," she wrote.

Purmort, Aaron Joseph age 35, died peacefully at home on November 25 after complications from a radioactive spider bite that led to years of crime-fighting and a years long battle with a nefarious criminal named Cancer, who has plagued our society for far too long. Civilians will recognize him best as Spider-Man, and thank him for his many years of service protecting our city.

His family knew him only as a kind and mild-mannered Art Director, a designer of websites and t-shirts, and concert posters who always had the right cardigan and the right thing to say (even if it was wildly inappropriate). Aaron was known for his long, entertaining stories, which he loved to repeat often.

In high school, he was in the band The Asparagus Children, which reached critical acclaim in the northern suburbs. As an adult, he graduated from the College of Visual Arts (which also died an untimely death recently) and worked in several agencies around Minneapolis, settling in as an Interactive Associate Creative Director at Colle + McVoy. Aaron was a comic book aficionado, a pop-culture encyclopedia and always the most fun person at any party.

He is survived by his parents Bill and Kim Kuhlmeyer, father Mark Purmort (Patricia, Autumn, Aly), sisters Erika and Nicole, first wife Gwen Stefani, current wife Nora and their son Ralph, who will grow up to avenge his father's untimely death.

Purmort met his future wife via Facebook in 2008, with the couple marrying following the diagnosis of his first brain tumor in 2011.

His wife announced his death on tumblr, writing, "It’s over. It wasn’t a war or a fight. Those things have rules. This was more like Aaron getting in the ring with the Mohammed Ali of cancers, and smiling for round after round after he got his teeth knocked out and his face rearranged. Ding. It ended today at 2:43pm, in the middle of a run-on sentence, my head on his heart and my arms around him in a hospital bed built for one, but perfect for the two of us."

She added, "He was here, and then he was gone. It was tangible, this sudden hole that appeared in the center of the universe when he left his body to become everything all around me, just as he promised to do."