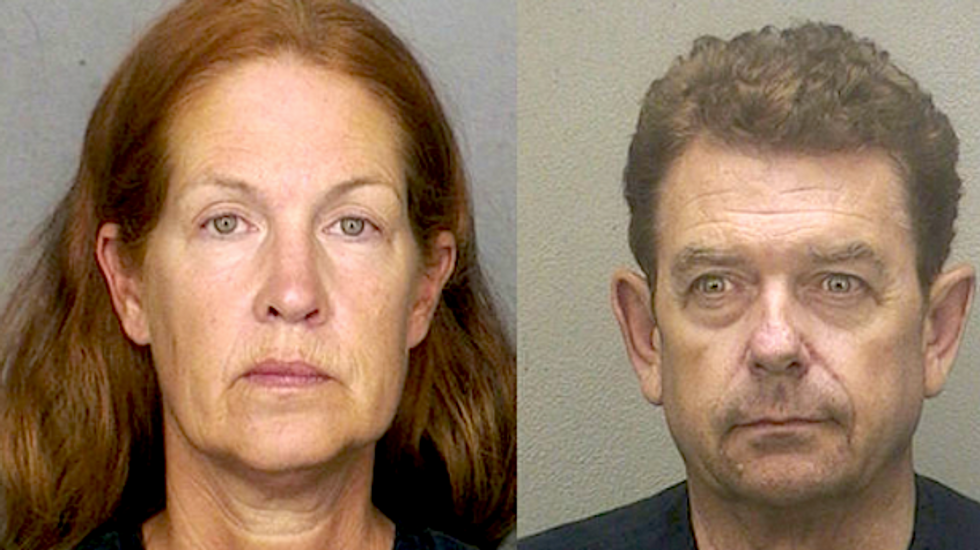 A Minnesota man who collected food stamps and other public assistance while living on a yacht with his wife pleaded guilty on Monday to two felony charges, prosecutors said.

Prosecutors said Chisholm and his wife, Andrea Chisholm, 54, illegally received more than $167,000 in public benefits from 2005 to 2012 before their benefits were terminated.

"What they did was abominable, stealing from the government and the taxpayers while living a luxurious lifestyle," Freeman said in a statement.

Prosecutors said the coupled acquired a $1.2 million yacht in 2005, shortly after applying for Minnesota welfare benefits. They claimed Minnesota benefits for 28 months they lived on the yacht or in a Palm Beach, Florida area-house, prosecutors said.

They also were accused of living in two luxury homes in an upscale Minneapolis suburb while collecting benefits they were not entitled to, prosecutors said.

Chisholm, who did not disclose money from a Caribbean satellite television and broadband services company, admitted filling out forms that allowed the couple and their baby son to receive medical care, money, supplemental nutrition grants and other benefits, prosecutors said.

Andrea Chisholm pleaded guilty to one count of aiding and abetting the fraud and was sentenced to a year and a day in prison.

The Chisholms are expected to contest an order to pay more than $167,000 in restitution, prosecutors said.

Prosecutors will seek a 21-month prison sentence for Chisholm when he is sentenced on Jan. 5, Freeman said.