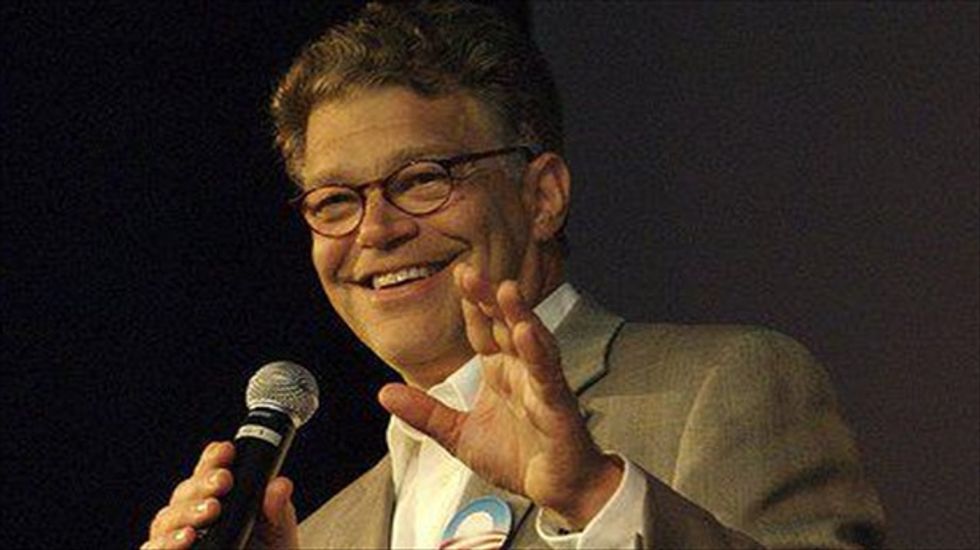 Dayton, 67, defeated county commissioner Jeff Johnson and Franken, who won election to the Senate by just 312 votes six years ago, had a 200,000 vote margin on challenger Mike McFadden with most precincts reporting.

"Minnesotans didn't know what to expect of me when I went to the Senate. But they saw me work hard," Franken told reporters when asked why his margin was so much stronger this year after thanking supporters for taking a chance on him six years ago.

Dayton, a former U.S. senator who was narrowly elected governor four years ago, campaigned on his move to raise the state's minimum wage, fund all-day kindergarten and eliminate a state budget deficit.

"I've supported the causes I believe in," Dayton told supporters. "I will remain true to those causes and principles, always."

Dayton in his first term successfully pressed for a new Minnesota Vikings football stadium, which is now under construction and scheduled to host a Super Bowl in four years, and other projects.

Although best known as a comedian and writer for "Saturday Night Live," Franken, 63, served his first term as a low-key senator and a vocal opponent of a U.S. Supreme Court decision that gave corporations greater political freedom in campaigns.

McFadden, 50, a former investment banker, sought to gain name recognition with television commercials that depicted him as an everyday guy.

In one ad, McFadden pretended to coach preteen football players who tell viewers "Washington is fumbling our future" and "Obamacare needs to be sacked."