Mitt Romney: America will see the real 'party of no' when Obama vetoes Mitch McConnell's Senate 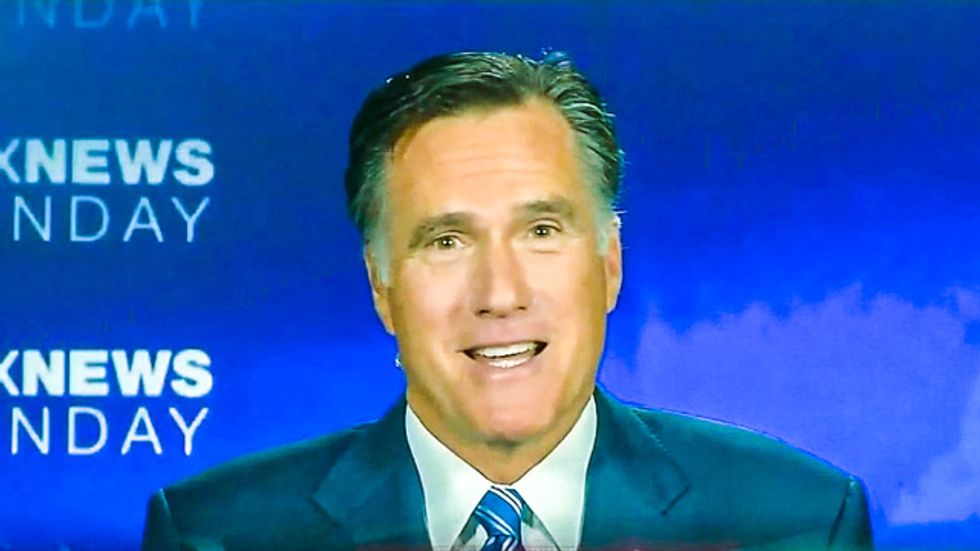 Former Republican presidential candidate Mitt Romney reacted to good news for Republicans at the polls on Tuesday night by suggesting that Americans would now see that the Democrats were the true "party of no."

Time magazine's Michael Grunwald called Republicans the "Party of No" in a 2012 article because of a plot to obstruct President Barack Obama that was created even before he took office.

But after Fox News project that Sen. Mitch McConnell (R-KY) -- the chief architect of the plan -- would win re-election on Tuesday, Romney asserted that Democrats would soon be seen as the real obstructionists.

According to Romney, the election "is an indication people are tired of gridlock, and they're also tired of the agenda of President Obama."

"And the president will sign some, and he'll probably veto some. We'll know who then is the party of no."

The former Massachusetts governor went on to say that voters were tired of getting "bogged down in the kinds of personal attacks and populism that has often been the hallmark of Democratic campaigns."

"All this rhetoric about the war on women, and the war on one thing or the other," he opined. "I think people are saying, 'You know, that just doesn't carry water anymore.' And they want to know, where do you stand? And right now, they see where President Obama stands, and they're passing judgement on his record."