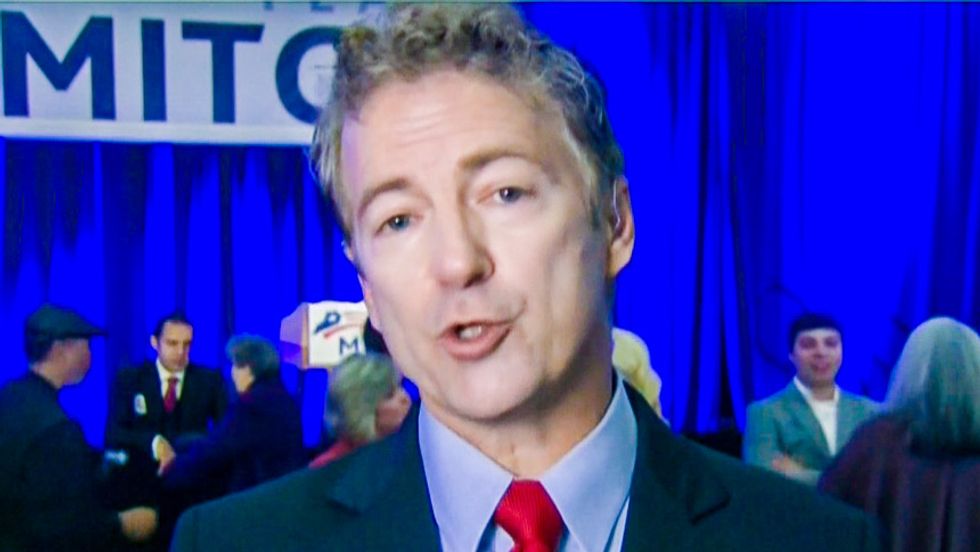 As big wins for Republicans were rolling in on election night, Paul told Fox News that Hillary Clinton was to blame for Democratic candidate Alison Lundergan Grimes losing to Sen. Mitch McConnell (R) in Kentucky.

On Wednesday, Zimmerman pointed out to MSNBC host Tamron Hall that Paul had said that "the Republican brand sucks" just a week ago.

"But of course, now he's segueing into 2016 politics," the Democratic strategist continued. "It's about as transparent as he can be."

The comparison of Rand Paul to the ancient Hindu text on human sexual behavior effectively ended all productive discussion on the MSNBC panel.

"You don't hear that often," Hall noted. "I'm going to walk off the set now and Google Kama Sutra."

"Don't do it on the office computer," Republican strategist Rich Galen advised.

"I'm joking, I do know. Come on," Hall replied. "I don't know how that happened. But I think we're all loopy from a long night. And poor [Senior Political Editor] Mark Murray is turning red as an apple."