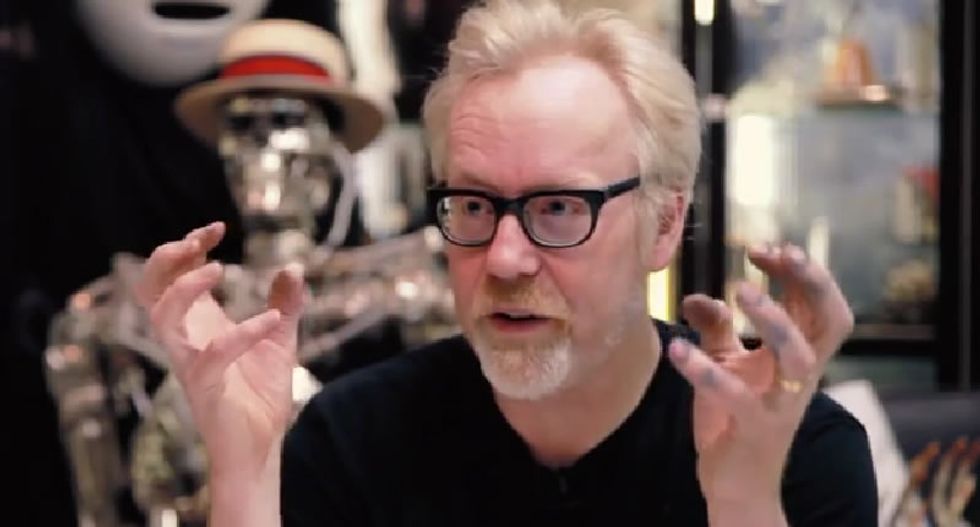 On the latest Inquiring Minds podcast, Indre Viskontas asked Mythbuster co-host Adam Savage why "there is so much rage against women in" both the hard sciences and the gaming community.

"Shit's tough for girls," Savage said. "As a man, I'm watching this whole 'GamerGate' thing go down, and I don't know."

"I wish I understood it better, because I see it and I have friends that suffer from it. I worked with [Mythbuster co-host] Kari Byron for 11 years, and I've watched the evolution of the terrible shit Kari's had to deal with as a public figure and a woman and a science communicator."

"The problem I have is that I'm a white dude," he continued. "And I recognize that my privilege makes it impossible for me to say, 'There should be more women in science' without sounding like I'm proclaiming from on high. I take that position seriously. I bring women into the things I'm doing because they absolutely are part and parcel of all of the storytelling and the science and the scientific discovery that we do."

"And little girls need more role models in critical thinking," he added. "But I also recognize that that's not me. I could be a little girl's role model, but I'm not going to be her ideal role model. She needs a woman to do that. We need to find that balance."

"All anyone wants is to be happy and to be fulfilled," he added. "And it's genuinely sad that [GamerGaters] feel so unfulfilled that they feel the drive to push their lack of fulfillment outwards. Right? 'I want to deny things to you -- because I feel denied.' That's terrible. The moment you're trying to hurt other people, whether with words or physical violence -- there's something deeply wrong with you."

"I can't help but feel," Savage concluded, "that our culture is promoting impossible ideals. Ideals of ownership, ideals of success, ideals of body types -- and women have suffered mightily. We have old dudes on Fox telling females hosts that they could all lose 10 lbs. They should have stomped him at that point."

Listen to the entire Inquiring Minds interview with Adam Savage below.