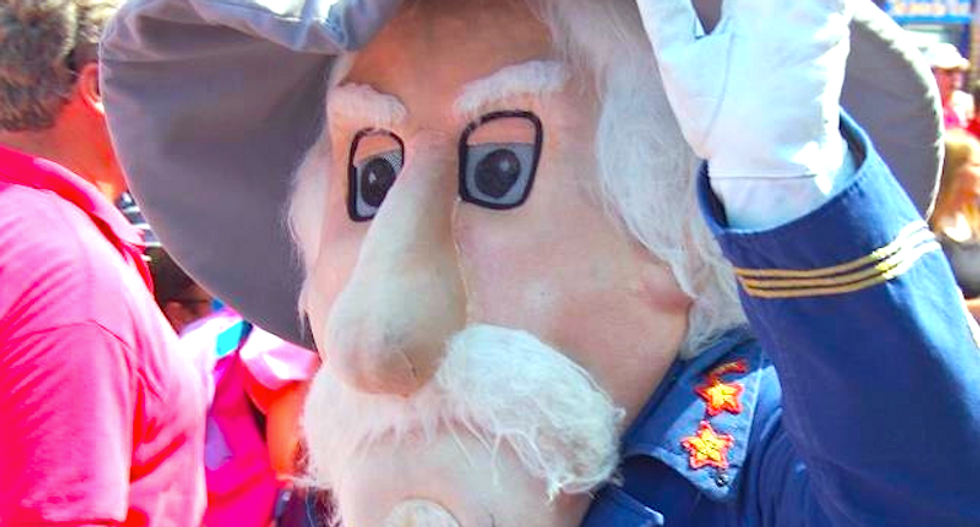 A former beauty pageant winner is leading an effort by Confederate sympathizers to designate Christianity the official religion in Mississippi and promote white, southern culture.

The Magnolia State Heritage Campaign is gathering signatures to put a ballot initiative before voters in November 2016 that would change the state constitution to promote Christianity, the English language, and Confederate symbols.

The activist group – which is promoted by 1986 Miss America Susan Akin, former Republican State Rep. Mark DuVall, and self-published novelist Julie Hawkins – must gather more than 107,000 signatures by October 2015 to place Initiative 46 on the ballot.

If they succeed, voters will decide whether to amend the state constitution to acknowledge “the fact of her identity as a principally Christian and quintessentially Southern state, in terms of the majority of her population, character, culture, history, and heritage, from 1817 to the present.”

The measure would also establish Christianity as the official state religion – which plainly violates the establishment clause in the First Amendment to the U.S. Constitution.

The group also wants to establish an English-only policy in government and public services to save “some money,” along with the added benefit of “no more pressing ‘1’ for English.”

The measure would call for the display of the Mississippi state flag, which includes elements from the Confederate flag, in front of all public buildings, designate "Dixie" as the official state song, and preserve Confederate symbols at the University of Mississippi.

The same group unsuccessfully tried in 2011 to bring “Colonel Reb” back to the sidelines at the university, which has banned the Confederate flag during athletic events and is minimizing official usage of the “Ole Miss” nickname.

"The will of the people says let’s save Colonel Reb,” said Arthur Randallson, the director of the Magnolia Heritage Campaign. “A politically correct administration, however, is preventing the people from getting their way.”

The amended constitution would also proclaim April as Confederate Heritage Month and designate the last Monday of that month as Confederate Memorial Day.

"My great-great-grandfather, James Hervey, fought on the Confederate side,” said Anthony Hervey, one of the activists. "Also, my grandfather died in World War II in segregated armed forces, fighting for the United States, so I have the right to fight for my southern heritage.”

Hervey claims the money spent to eliminate the Confederate symbolism he's trying to restore could have been used to eliminate poverty in the state's Mississippi Delta region.

"White guilt is one of the things that is actually affecting the community by saying, if we get rid of these symbols that we think, or we say, represent racism or whatever, then that will make the state a little bit better," Hervey said. "But that doesn't do anything about black-on black-crime. It's not about us, it's not about taking personal responsibility. If we get rid of these symbols, then we'll be all right. We're using these symbols as red herrings."

So far, the group has attracted the support of a physician, a consulting firm, and novelty manufacturer, and its Facebook page attacks “Dishonest Abe” Lincoln and links to various “birther” websites.

“If the people of Mississippi are foolish enough to pass this monstrosity, there’s little doubt it would be immediately challenged in court -- and the state will lose,” said Rob Boston, of Americans United for Separation of Church and State.