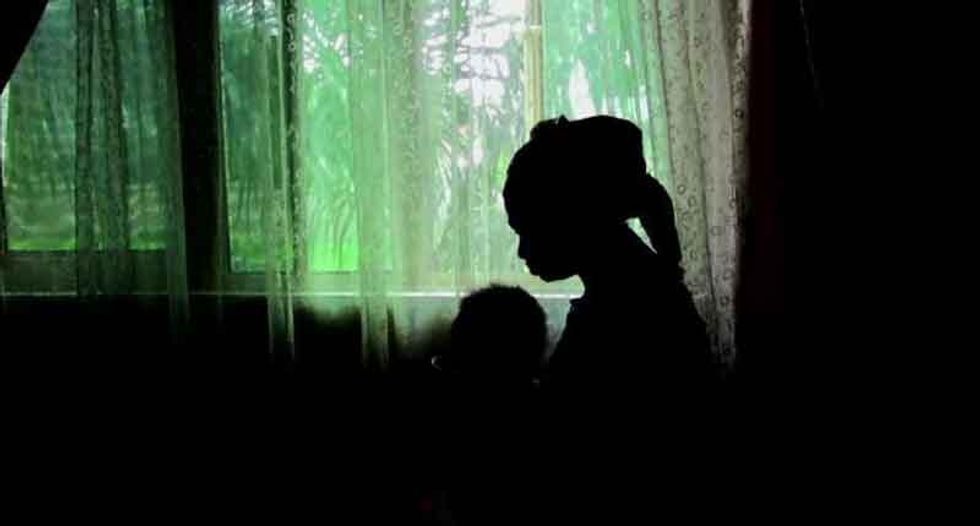 A new Boko Haram video obtained by AFP on Sunday shows militants on an armoured vehicle parading down a road in an unidentified town they apparently control and the group's leader Abubakar Shekau preaching to locals.

It was not possible to tell whether the footage was staged for propaganda purposes, especially scenes of residents cheering Islamist fighters.

The message appeared to be aimed at reinforcing Shekau?s claim that he has created a caliphate within Nigeria.

In the 44-minute video, Boko Haram voices support for other so-called caliphates, including the one proclaimed in Iraq and Syria by the Islamic State (IS) group.

The video, which was delivered through the same channels as past messages, shows armed men lined along a well-paved road, with three pick-up trucks bristling with heavy weapons also visible.

Later, an armoured vehicle rolls down the road lined with both fighters and individuals who appear to be residents of the town.

Boko Haram has released a series of videos showing similar military hardware, equipment it says was stolen from the Nigerian military. Such claims have been impossible to verify.

No women or girls are seen on the street or anywhere else in the footage.

Most of the message is taken up by a sermon from Shekau, delivered indoors but apparently played on a speaker to locals assembled outside.

"We have indeed established an Islamic caliphate," he said, restating a claim he first made in August.

The images of the sermon include unusually clear closeups of the Nigerian militant leader.

Shekau has previously expressed solidarity with other jihadi groups and leaders.

In the latest video, he seemed to associate territory under his control with a wider, global caliphate, but did not submit to the authority of any other jihadi leader.

"To everyone living in Islamic Caliphate, we convey our greetings," he said, specifically mentioning brethren "in Afghanistan, Pakistan, Azerbaijan, Shishan (an Islamist term for Chechnya), Yemen, Somalia and ?the Caliphate in Iraq and Syria."

A graphic shown later includes a picture the IS group's leader Abu Bakr al-Baghdadi as well as a portion of the message his group issued on July 1 proclaiming a caliphate in Iraq and Syria.

Iraq on Sunday was investigating whether Baghdadi was killed in air strikes by US-led coalition warplanes.

Nigeria maintains it is still negotiating with Boko Haram envoys in neighbouring Chad and that a disputed October 17 ceasefire declaration remains viable.

Violence has however continued and the Islamists are believed to control more than two dozen towns and villages in the northeast.

"There is no truce between me and Nigerian tyrants," Shekau said, dismissing the credibility of Danladi Amhadu, the purported rebel negotiator.

"This person Danladi... if he thinks he can, let him show his face. By Allah, we will kill him," the Islamist leader said.