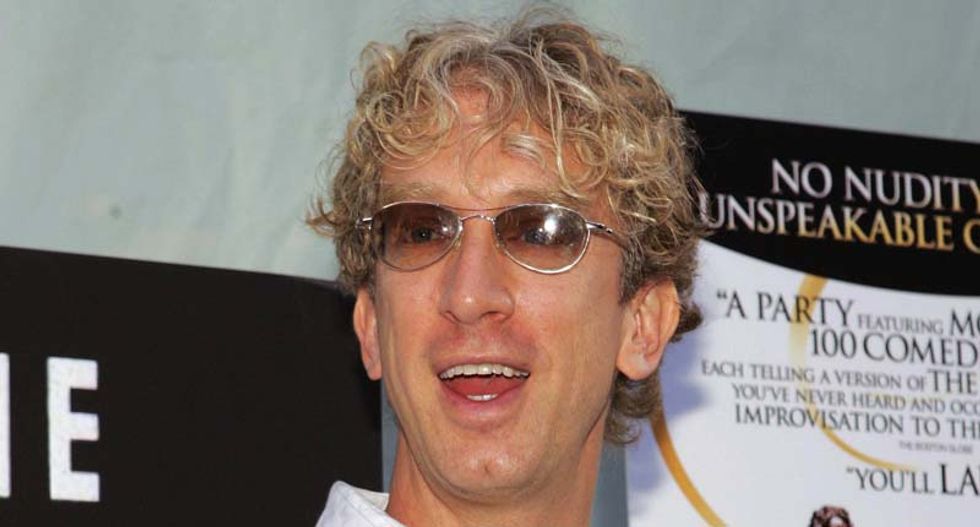 (Reuters) - Actor and comedian Andy Dick was arrested in Hollywood on a charge of felony theft and released from jail early Saturday on $25,000 bail, according to police and jail records.

The former star of the comedy series "NewsRadio" was arrested on one charge of grand theft late Friday and booked into Los Angeles County Jail, records show. He was released after making bail, and a next court date was set for Dec. 4.

The Los Angeles Police Department declined to give further details of Dick's arrest. The entertainment website TMZ said Dick was accused of stealing a $1,000 necklace off a man's neck.

Grand theft in California is defined as the unlawful taking of another's property valued in excess of $950.

Dick's attorney, Mark Geragos, did not immediately respond to a request for comment. At Dick's entertainment company, Pollywog Entertainment, a family member said "no comment."

Dick is no stranger to controversy or run-ins with the law.

In 2010, he was detained in Huntington, West Virginia, after reportedly grabbing men's crotches in a bar. In 2008 he was arrested in California's Riverside County on suspicion of pulling down the top of a teenage girl in a Buffalo Wild Wings restaurant.

A former member of the reality television show "Celebrity Rehab with Dr. Drew," which chronicles celebrities grappling with substance abuse, Dick was also arrested in 2011 at a Temecula, California, restaurant for "disorderly conduct."

(Reporting by Victoria Cavaliere in Seattle; Editing by Leslie Adler)