NJ cop exposed himself to young men he stopped and let go without tickets: police 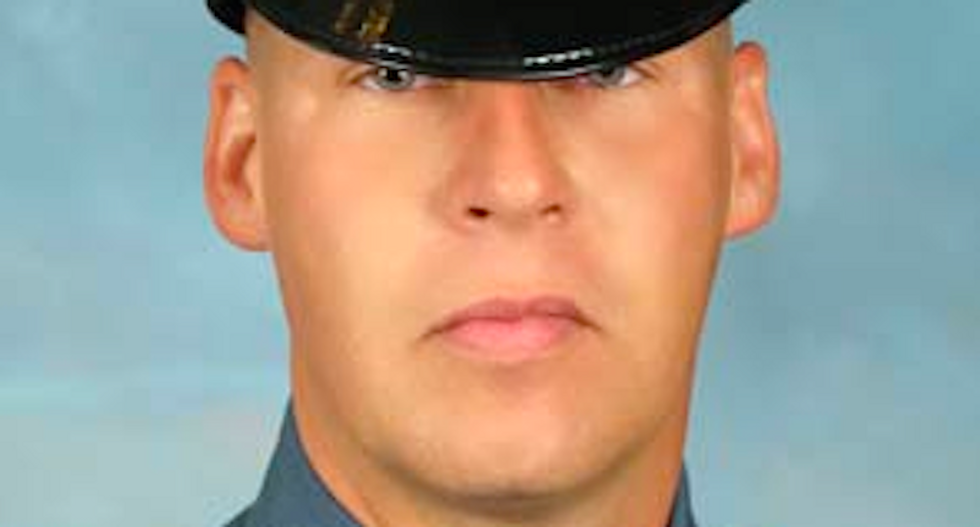 A New Jersey police officer was caught on videotape exposing himself to young men during at least five traffic stops, authorities said.

Jason R. Miller, a Newton police officer since 2001, was charged with two counts of second-degree official misconduct, one count of third-degree pattern of official misconduct and the disorderly persons offense of lewdness, reported the New Jersey Herald.

Police opened their investigation late last month after receiving an anonymous email tip from a man who claimed the 37-year-old Miller had exposed himself during a traffic stop.

Newton police and detectives from the prosecutor's office examined video from the traffic stop and tracked down the tipster, who told them he was stopped Oct. 23 after leaving a pub about midnight.

Miller took the 22-year-old man’s paperwork back to his cruiser, the man said, and returned to notify him that he would not be issued a ticket.

However, the man said, he noticed the officer’s zipper was down and his genitals were exposed.

He told a friend about the encounter, and the friend claimed the same thing had happened to him after he was stopped by a Newton police officer.

The 23-year-old friend told police during their investigation that he was stopped while driving a friend home.

The officer asked the driver if he noticed his zipper was down, and the man said no.

The driver was allowed to leave and dropped off his friend, but he told police the officer was following him.

The officer eventually pulled alongside and asked him to roll down his window.

He again asked the driver if he noticed his fly was down and whether he had a girlfriend, and the man said he thought the officer was playing a “sick joke” because he had not noticed the officer’s zipper.

Police said they found evidence that Miller had stopped an 18-yeat-old old man who though the officer was either exposing himself or wearing flesh-colored underwear during a traffic stop in September.

That driver was not ticketed despite having expired registration and insurance, investigators said.

Police said they found evidence that Miller exposed himself to two other drivers this year.

He did not issue tickets to either man, although one admitted he was driving 16 mph over the speed limit after drinking alcohol at a bar.

Police said video evidence includes the sound of a zipper opening or closing.

The officer was released on $35,000 bond after turning himself in, but he was suspended without pay pending the outcome of the case.