No, 'Black Friday' does not refer to slavery -- just our annual frenzy of consumerism 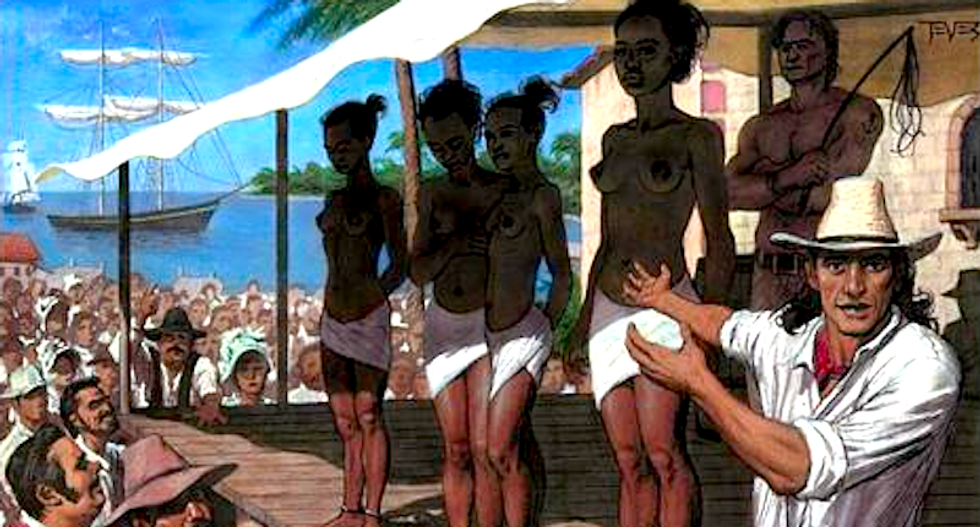 Many Americans have called for a boycott of the post-Thanksgiving retail sales -- which kick off the official start of the holiday gift-buying season -- to protest the decision by a Missouri grand jury to not indict Officer Darren Wilson in the shooting death of Michael Brown.

“DID YOU KNOW: Black Friday stems from slavery?” the illustration asks. “It was the day after Thanksgiving when slave traders would sell slaves for a discount to assist plantation owners with more helpers for the upcoming winter (for cutting and stacking fire wood, winterproofing, etc.), hence the name.”

The viral image made the rounds last year on social media, but it’s not clear how long the urban legend has circulated.

The term had consumerist connotations by 1961, when Philadelphia police used “Black Friday” and “Black Saturday” to complain about additional traffic and other problems associated with shoppers heading out to begin their Christmas shopping.

Retailers began advertising “Black Friday” sales by the late 1980s, because the surge in sales often pushed business owners balancing their books from red into the black.