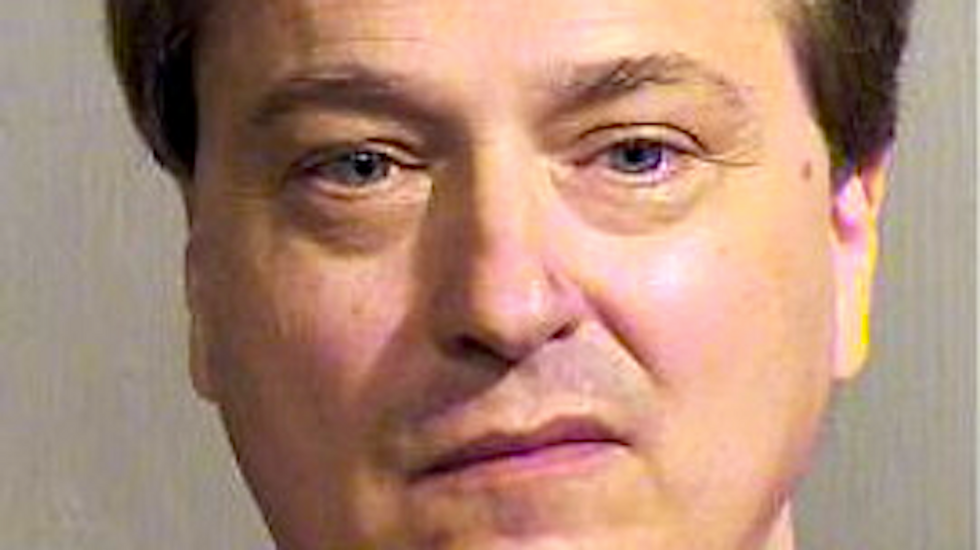 No criminal charges will be filed against a medical researcher who was arrested in July for openly carrying a loaded assault rifle in a Phoenix airport and terrifying a woman and her 17-year-old daughter, a prosecutors' spokesman said on Wednesday.

Under a deal with county prosecutors, Peter Nathan Steinmetz, 54, has until March to complete a firearms training course in order to avoid any further action stemming from the July 25 incident at Phoenix Sky Harbor International Airport.

He is also meanwhile banned from openly displaying a weapon at any of the city's four airports for two years, and he must donate $500 to a youth program, said Maricopa County Attorney spokesman Jerry Cobb.

Steinmetz will still be permitted to carry a concealed weapon, according to the deal.

The researcher said he was making a political statement about his rights as a gun owner, and not trying to harm anyone, when police said he strode through the airport's busiest terminal with an AR-15 firearm slung over his shoulder.

Officers said the woman and her teenage daughter feared for their safety as a result, prompting police to arrest Steinmetz on two felony counts of disorderly conduct involving weapons.

Steinmetz told Reuters on Wednesday that the agreement was fair, and he still believes no crime was committed.

"This was a peaceful protest about the fact that we have a Second Amendment right to bear arms and peacefully carry around an AR-15," Steinmetz said. "I think that point has been made."

The arrest in July was his second brush with police involving weapons brought to the airport. Steinmetz was questioned a year ago while going to the airport armed to pick up his wife, police said. Steinmetz's minor son was also armed then, though neither was cited at the time.

Steinmetz was on paid administrative leave from the Barrow Neurological Institute at the time of his arrest, but hospital officials said on Wednesday that he had since been reinstated.