Obama's Democrats got thumped. How did Republicans do it? 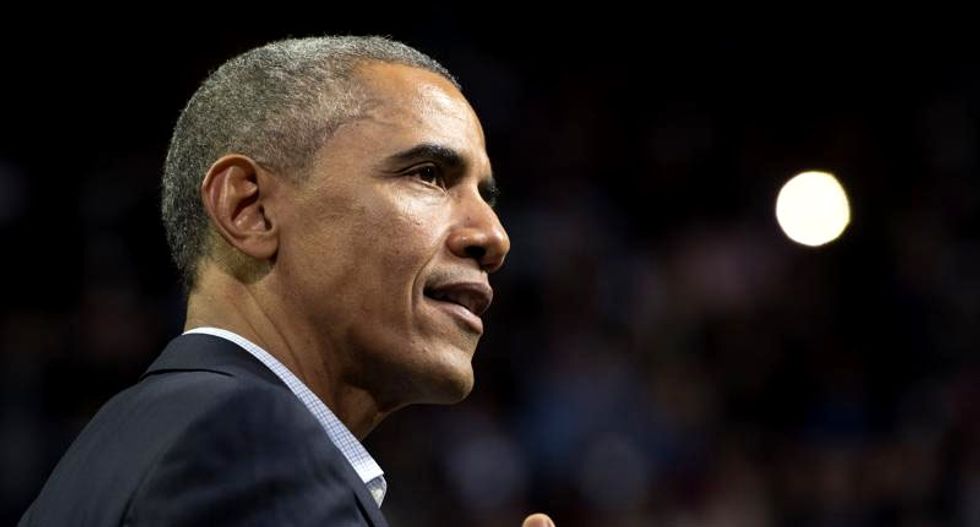 Intense frustration with President Barack Obama, an abandonment of Democrats by independent voters and failure to convince Americans that the economy was improving propelled Republicans to a game-changing midterm election victory.

When the smoke cleared early Wednesday, Republicans had seized seven Senate seats, tightened their grip on the House of Representatives and earned stunning wins in governors' races in blue states like Obama's Illinois, leaving whiplashed Democrats to contemplate what went wrong.

Exit polls confirmed what several Republican winners hammered home Tuesday night: voters are convinced the nation is headed in the wrong direction and are skeptical of the abilities of the president and his Democrats to turn things around.

Seventy percent of voters rated current economic conditions as not good or poor, with just one percent calling them excellent, according to exit polls conducted by Fox News.

Obama repeatedly asserted that America's economic indicators were cause for hope, especially given the depth of the recession that reached its nadir in early 2009 when he first took office.

Growth hit 3.5 percent in the third quarter of 2014, and unemployment stands at 5.9 percent.

Yet just 31 percent said the economy was headed in the right direction, compared to 46 percent in 2012.

If fear sends voters to the polls, as many experts and studies suggest, Republicans were more driven in this election.

Of the one-third of respondents who said they believe the US economy is "getting worse," 77 percent were Republicans versus just 20 percent Democrats.

The economy was the top concern for voters, followed by health care and immigration -- all issues they said Obama had failed to handle properly.

Obama's foreign policy, including his perceived waffling over how to counter the Islamic extremist threat in the Middle East, also helped fuel voter anger.

Obama was to offer his election post-mortem at a White House press conference at 2:50 pm (1950 GMT).

Will he acknowledge another "shellacking," like the one he admitted to after Republicans snatched the House from Democrats in 2010?

And will he recognize his own role in the midterm walloping, as president Bill Clinton did in 1994?

An incumbent president traditionally faces the "six-year itch," when American voters tend to sweep his party out of congressional power in the middle of his second term, and Tuesday was no exception.

The midterm message was: "Get something done for a change, that's the change people want," Democratic strategist Celinda Lake said at a Wednesday roundtable.

"I'm hopeful the president will in fact look to his legacy and provide some real leadership," former House Democrat Martin Frost added.

Independents broke heavily for Republicans. Exit polls showed unaffiliated voters, comprising 28 percent of those who cast ballots, pulled the lever for Republicans over Democrats by 53 percent to 43 percent.

Democrats have long argued that this year's electoral map heavily favored Republicans -- Obama himself described it as the "worst possible" landscape for his party in half a century.

But Republicans advanced another reason for their victory: a surprisingly robust technological effort that closed the gap between them and Obama-generation Democrats.

Candidate quality was a major factor as well.

Republicans burned themselves badly in 2010 and 2012, when they nominated failed Senate candidates like Todd Akin, who shocked voters when he spoke about "legitimate rape."

Those stumbles were nowhere to be found this time around.

"We've learned a couple of lessons over the last two cycles that if you don't nominate really credible candidates, you have a chance of not even taking advantage of a good year."

Some Democrats laid the blame squarely on Obama.

"It doesn't mean that the message was bad, but sometimes the messenger isn't good."