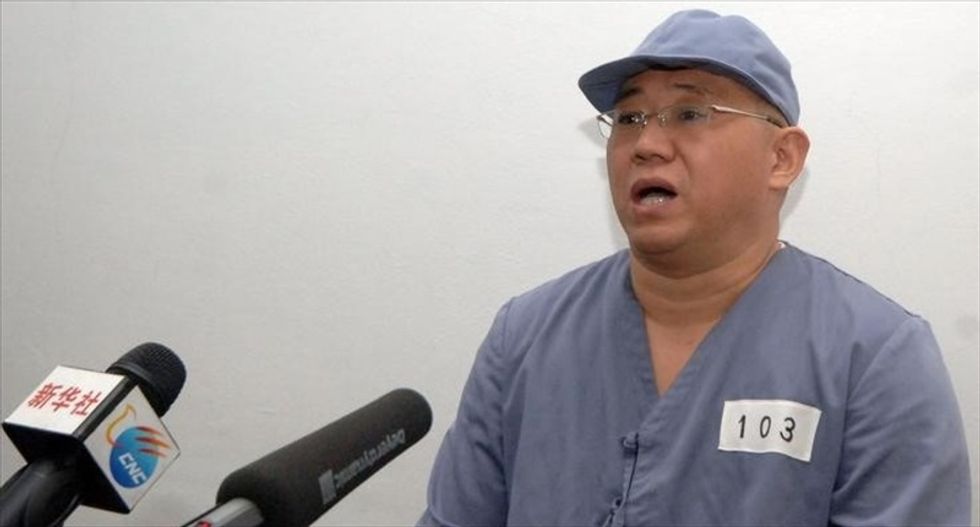 Kenneth Bae, a Korean-American Christian missionary who has been detained in North Korea for more than a year, appears before a limited number of media outlets in Pyongyang in this undated photo released by North Korea's Korean Central News Agency (KCNA) on Jan. 20, 2014. REUTERS/KCNA

U.S. citizens Kenneth Bae and Matthew Todd Miller have been freed from detention by the North Korean government and are returning to the United States, the U.S. government said on Saturday.

Bae and Miller were being accompanied by James Clapper, the director of national intelligence, his office said.

"We are grateful to Director of National Intelligence Clapper, who engaged on behalf of the United States in discussions with DPRK authorities about the release of two citizens," the U.S. State Department said in a statement.

"We also want to thank our international partners, especially our Protecting Power, the government of Sweden, for their tireless efforts to help secure the freedom of Mr. Bae and Mr. Miller."