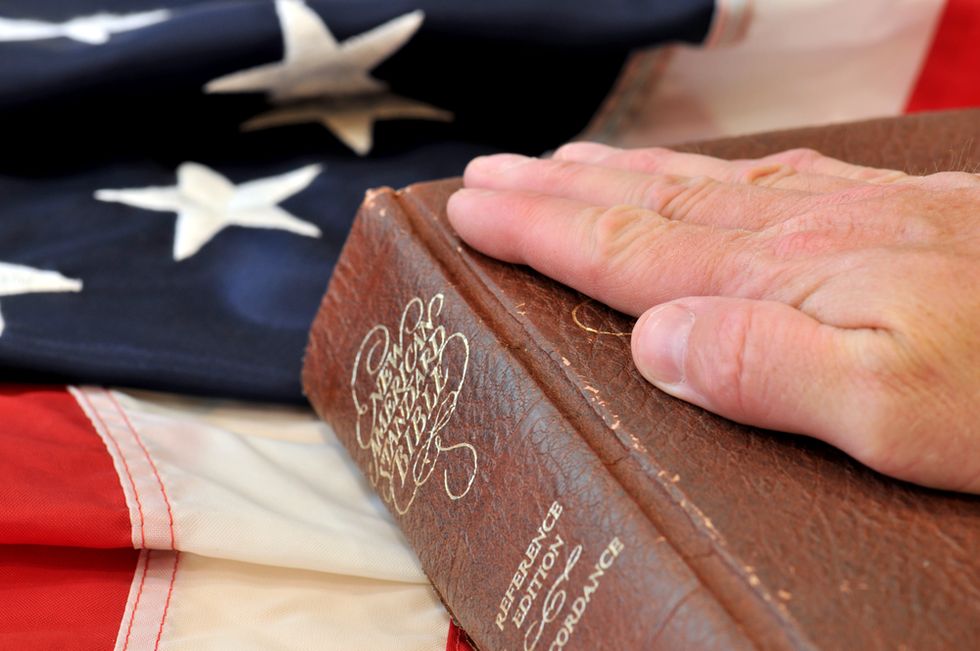 A 69-year-old Ohio man admitted in court on Monday to being the man arrested for covering up a local church directory with copies of the First Amendment in an expression of his belief in the separation of church and state, the Columbus Dispatch reported.

"I am an honorable citizen," Kalman said. "I want to see the government treat everybody in a proper way and ... not to ingratiate themselves with the religious authorities in any entity."

Kalman, who identifies as Jewish, pleaded not guilty to misdemeanor criminal mischief charges. But he did not deny that security cameras at the Athens County Courthouse caught him affixing 8 1/2-by-11 inch stickers containing the text of the amendment on top of each church listed on the directory. He was subsequently arrested on Oct. 28.

"I wasn't trying to be sneaky," he said. "Although I didn't want to be stopped from doing what I was doing."

The Athens News reported that Kalman, a former leader of the local ACLU chapter, has clashed with local officials over the directory since 2011, when county commission president Lenny Elliason informed him that the directory would be allowed to remain outside the courthouse because it was used for "secular informational purposes."

The directory is maintained by the Athens Christian Education Committee, which includes court clerk Ann Trout, to include several denominations. No county funds are used to keep it up to date.

Kalzman wrote the local commission again in 2003, saying the directory was "in violation of the spirit and the word" of the First Amendment and the Constitution.

"I am personally offended by its possession and display by my county government," Kalman stated at the time. Removing the directory, he argued, would "communicate to non-Christian citizenry that I/they are equal in all ways before the law and before their government."

Elliason told the Dispatch that Kalman is not alone in his opposition to the directory; other residents, he said, have written in to protest its placement since before he came into office. The commission, he said, will discuss the matter with county prosecutor Keller J. Blackburn. But Elliason still reiterated his support for the directory.

"We believe that it is for secular information for the community and do not maintain control of the information," he said.

Kalzman is due back in court on Nov. 24 to continue his pretrial hearing.