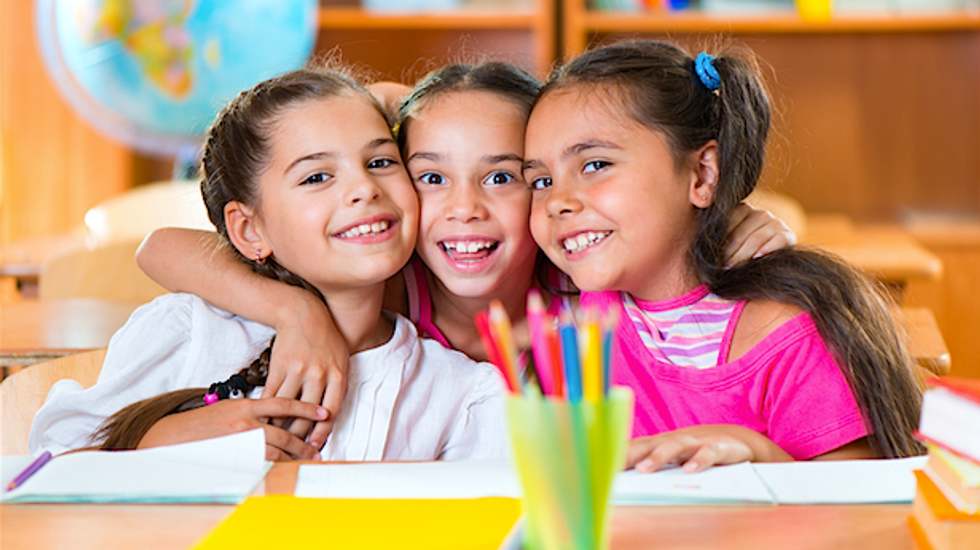 Schoolchildren in a classroom (Shutterstock)

Legislation that could "open the door" to creationism in public schools has advanced in the Ohio House, the National Science Education Center warns.

Ohio's House Bill 597, approved by the House Rules and Reference committee on Wednesday, would eliminate new multi-state educational standards known as Common Core. But the legislation contains language that could allow school districts to teach creationism or intelligent design in science classes.

As originally written, the bill would have prohibited schools from favoring one "political or religious interpretation" of a scientific fact in favor of another. When asked if that meant schools would be allowed to teach intelligent design alongside the theory of evolution, one of the bill's sponsor replied that "districts will be able to choose based on their judgment."

Supporters of the bill have since walked back their comments. “Nowhere in the bill does it mention creationism,” Rep. Andy Thompson (R-Marietta) said in August.

The bill was updated to remove the provision about political and religious interpretations. A provision mandating that schools teach the "strengths and weaknesses of existing scientific theories" took its place.

But the National Science Education Center is not convinced that creationism has been removed from the legislation.

"If the sponsors of the bill are trying to reassure the public that they're not trying to open the classroom door to creationism, climate change denial, and pseudoscience of all kinds, they're not doing a good job," NCSE's deputy director Glenn Branch said.

The group noted that "strengths and weaknesses" language has "been used used to introduce creationist attacks on evolution."