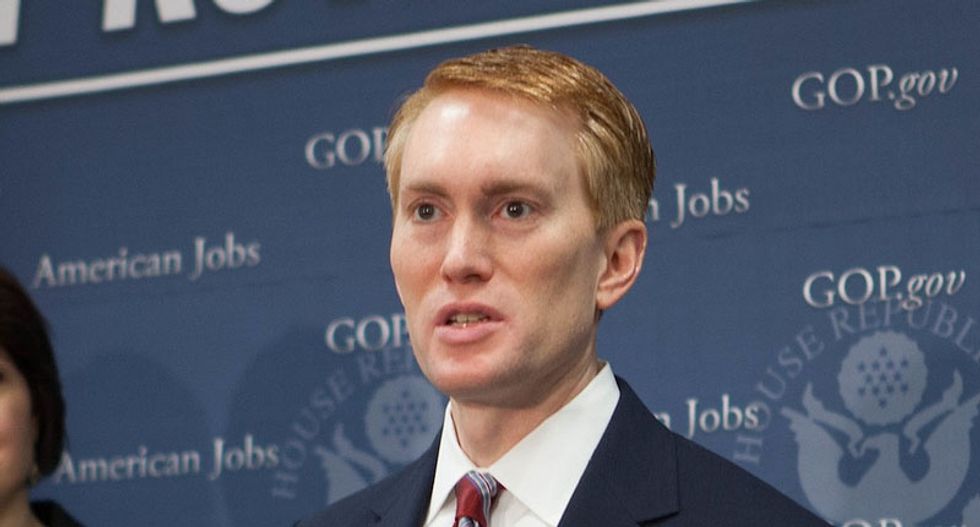 Oklahoma Senator-elect James Lankford says his "biblical worldview" will guide his actions in the upper chamber.

"Budget, for me, is still a huge area. The people have started to step back and say, 'Well, our deficit is only $480 billion now so we are doing much better in deficit.' We still have $480 billion. That's a big deal," the Republican congressman and Baptist minister told Family Research Council president Tony Perkins on Wednesday.

"I come from a biblical worldview in the way I address issues," Lankford said. "I look at Nehemiah and how he handled things when he stepped into Jerusalem. It was that the people were in disgrace and the wall was broken down, but the two things that he focused in on was the constructive side of things and the debt. Half of the Book of Nehemiah is just getting the people out of debt, so they could actually take on the other things."

"We can't handle national defense right now, we can't handle a lot of things that we need to and that need to be driven by the states because we have so much debt... We have proved that our nation really is slave to the lender."

Lankford added that people should pray as much as they complain.

"We are all pretty frustrated with what is happening in government, let's lean in, let's pray through, and let's do this."