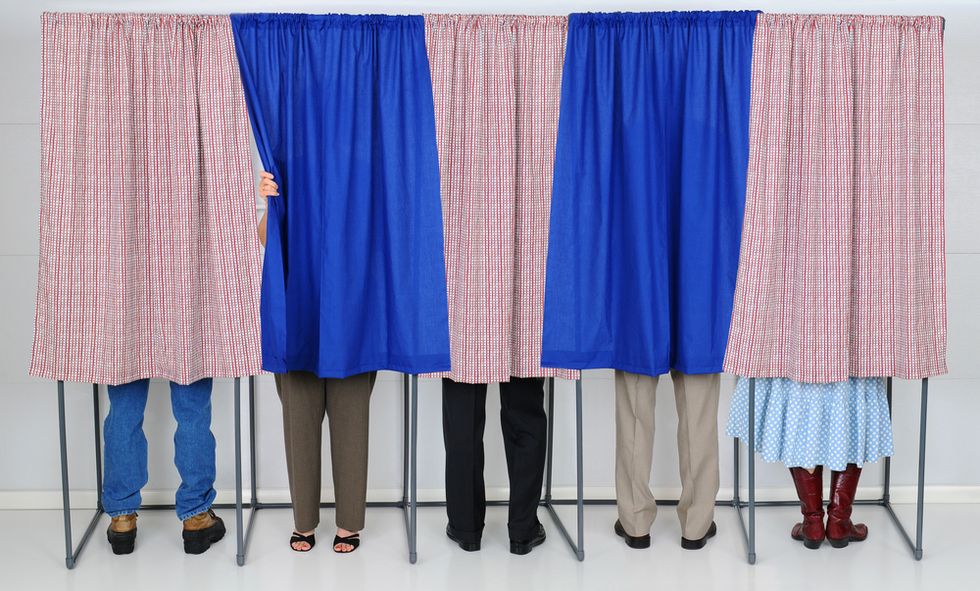 Nearly one-third of likely voters have already taken advantage of early voting provisions to cast their ballots, as candidates across the country make their closing arguments on college campuses and in coffee shops, according to Reuters/Ipsos polling data.

Just two days before Election Day, national figures looking to boost their party's chances have been joining candidates in tight races from Colorado to Maine. But many votes have already been submitted, and likely voters are casting ballots early at a higher rate than they did in the days leading up to the 2012 election, Reuters/Ipsos numbers show.

It is not clear what the numbers mean for Republicans' bid to take control of the U.S. Senate from Democrats and boost their majority in the House of Representatives, but it underscores the charged nature of this election cycle.

Early voting is done either through mail-in ballots or, in some states, through voting booths that are open well before the Nov. 4 elections.

Just over one-quarter of likely voters had already finalized their choices at this point in 2012, when President Barack Obama was successfully running for re-election against former Massachusetts Governor Mitt Romney.

Republicans tend to turn out more voters in years without a presidential race - like this one - which has spurred the party's optimism.

But just 26 percent of Republican likely voters have already cast their ballots this year, which tracks closely with 2012, when 24 percent had voted at this point.

On the other hand, less than 30 percent of likely Democratic voters had voted by the end of October 2012, and fully 37 percent have now.

But raw party affiliation of early voters is not always a reliable indicator of who will win on Election Day, particularly when key races are scattered in a handful of states. Some states have already been releasing their early voting numbers by party.

Despite the high level of early voting, influential Democrats and Republicans have fanned out across the country to campaign with candidates, particularly in races that could decide the Senate's fate.

Between them, the couple has plans to reach at least Iowa, Arkansas, Louisiana, Kentucky, and New Hampshire in the final days before Tuesday. Each of these states is home to a neck-and-neck Senate race.

The online poll of 476 likely voters, conducted between October 27 and October 31, had a confidence interval - similar to a margin of error - of 5.2 points.