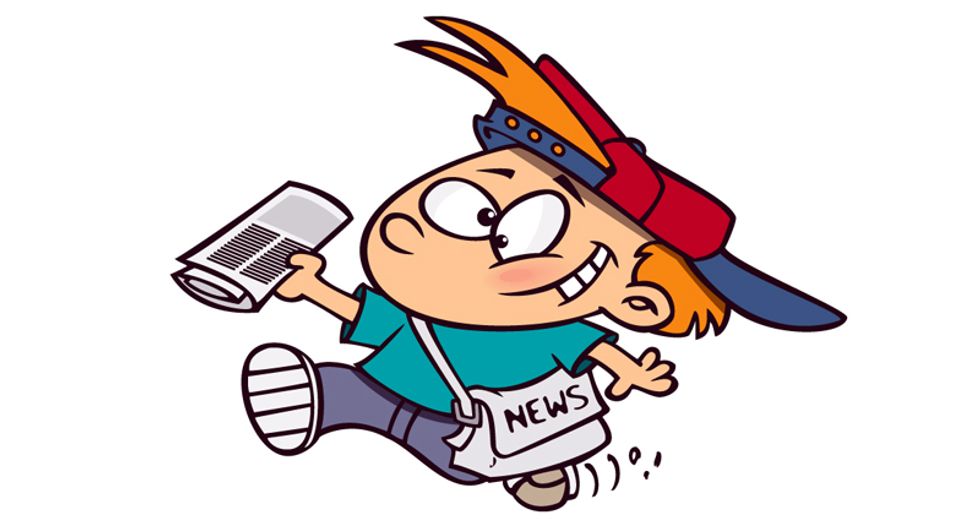 One of California's largest newspapers has asked reporters and other employees to help deliver papers on Sundays, according to a memo obtained by Reuters, the latest sign of the toll that financial woes are taking on print journalism.

The Santa Ana-based Orange County Register, which recently stopped contracting with rival Los Angeles Times for delivery services, is offering $150 gift cards to staff members if they deliver 500 to 600 papers, according to the memo sent on Thursday, which was confirmed by the paper's top editor.

"The entire company -- all departments, including our newsroom -- has been asked to help during what has clearly been a difficult situation," editor Rob Curley said in an email to Reuters. "It's strictly voluntary."

Employees have also been asked to help out in customer service, personally telephoning subscribers who had not been able to reach a live agent, according to the memo sent to the staff.

"It's unusual, yes," Curley told Reuters. "It's frustrating that we're even in this position. But it's temporary. Bottom line: all of us want our loyal readers to get their papers first thing in the morning."

The Register's parent company, Freedom Communications Inc, emerged from bankruptcy in 2010 and was purchased two years later by Aaron Kushner, a greeting-card entrepreneur who initially poured millions of dollars into the paper, doubling the size of its reporting staff and vowing to rejuvenate the sagging business of print journalism.

But the company has struggled, and dozens of reporters and editors have been let go in recent months. A much-ballyhooed Los Angeles edition was shut abruptly in September.

Earlier this month the Register reported that two investor groups had told a judge in Delaware that the company was insolvent and asked the court to appoint a receiver to oversee the company's finances.

The newspaper reported that the request was denied, but it said the investors pointed to problems with the delivery contract with the Los Angeles Times as adding to its financial woes.

The Times, which has itself been hard-hit by troubles in the newspaper business, has said Freedom owes it $2.5 million in fees for delivering the paper.

Register publisher Rich Mirman on Friday said that most of the paper's delivery routes are now covered, but that a few are "affected by intermittent or late delivery."

Newspapers have been struggling for years amid the rise of online communications.