'Orange Is the New Black' actress weeps on CNN over deported parents: 'It just hurts' 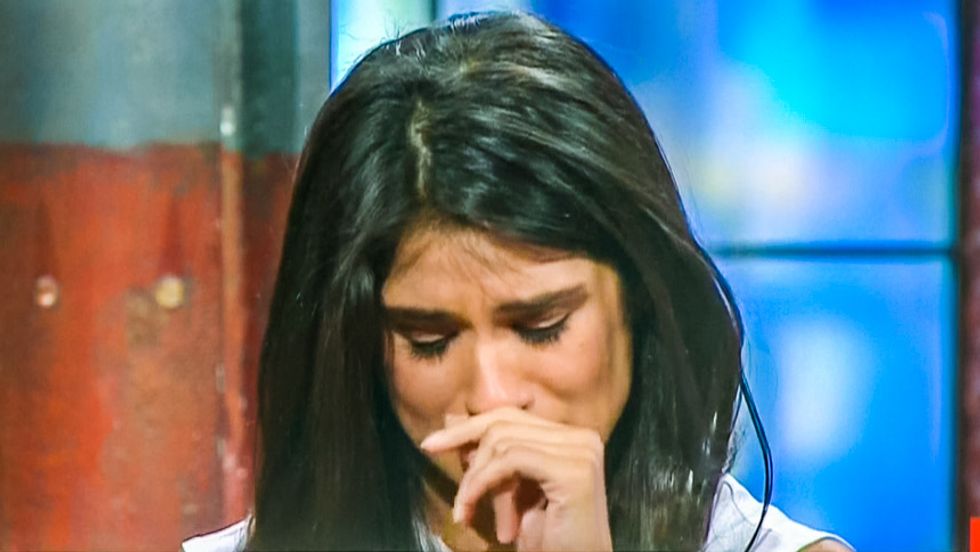 During a Monday interview on CNN, Latina actress Diane Guerrero broke down in tears as she recalled that she was only 14 when her parents were deported.

In an op-ed for the Los Angeles Times that was published over the weekend, the "Orange Is the New Black" actress used her own personal story to highlight the need for immigration reform.

Guerrero, 28, told CNN host Michaela Pereira that she came home from performing arts school one day at the age of 14, and could not find her parents.

"I got home, and their cars were there and dinner was started and the lights were on, but I couldn't find them," she said, choking up. "It was really hard."

Guerrero said that, although she is a U.S. citizen, no one from the government ever spoke to her or checked on her welfare after her parents were detained, and eventually deported back to Colombia.

When Pereira asked about her relationship with her parents now, the actress lost her composure.

"It's tough, it's like we've been separated for so long, I feel like sometimes we don't know each other," she lamented. "It's difficult because I've grown up without them, and there's things about them that are new that I don't recognize, and it just -- it hurts."

"But I love them so much," she continued. "And I just hate that they have gone through this. And I know I've been by myself, but I feel like they have lived a very lonely existence."

At that point, Pereira silently reached across the set to take Guerrero's hand as the actress apologized for being too overcome with emotion to continue speaking.

"You say in that letter, not one more family should be separated by deportation," Pereira noted. "So, what if the president isn't successful in doing what you want."

"I say we keep the conversation going, we keep trying," Guerrero insisted. "I think people don't want to see families separated. I don't think people just want to deport everyone, and that's the solution. That's not a solution. What about me? What about us, the kids who stay here without their families?"