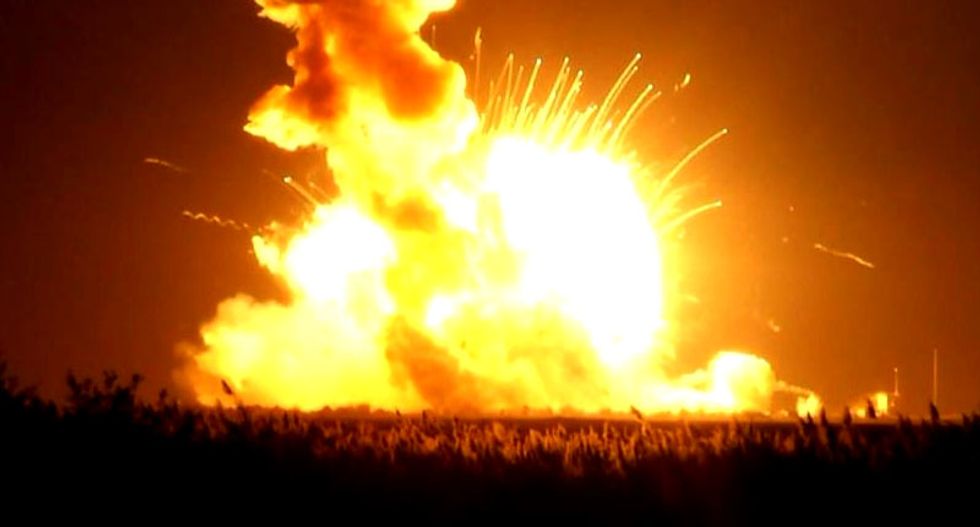 The type of engines used to power the Antares rocket were a pair of decades-old Ukrainian-designed AJ-26s, that were refurbished by Aerojet Rocketdyne.

"Preliminary evidence and analysis conducted to date points to a probable turbopump-related failure in one of the two Aerojet Rocketdyne AJ26 stage one main engines," Orbital said in a statement.

"As a result, the use of these engines for the Antares vehicle likely will be discontinued."

Instead, the company vowed to speed up "an upgrade of the Antares medium-class launcher's main propulsion system."

Orbital said it would be able to maintain its contract with NASA and "all remaining cargo will be delivered to the International Space Station (ISS) by the end of 2016" with no extra costs and "only minor adjustments" to the launch schedule in the near future.

On the evening of October 28, an unmanned Antares rocket that held the Cygnus cargo ship packed with thousands of pounds of gear for the astronauts exploded seconds after liftoff.

The company said after the accident that a suspected rocket engine failure led a control operator to detonate the rocket in order to prevent damage to people in the area.

The blast cost Orbital at least $200 million in lost equipment and supplies.

The accident was the first catastrophic failure since private companies began supplying the International Space Station in 2010.