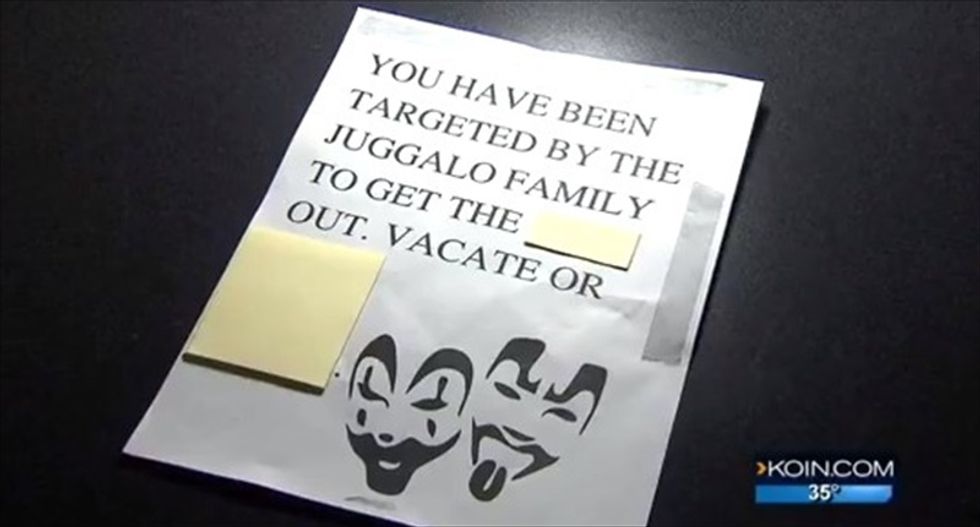 Business owners in Portland, Oregon said their establishments have been targeted by someone using the nickname for fans of the rap group Insane Clown Posse (ICP), KOIN-TV reported on Tuesday.

Flyers have been posted on at least 14 busineses in the city's North side, bearing the threat, "You have been targeted by the Juggalo family to get the f*ck out," and a rendition of the make-up designs worn by the group's members, Violent J and Shaggy 2 Dope.

Kollman also said that more cars parking in the area have been having their windows broken. Police have not officially linked the threatening flyers to the vandalism.

Fans of the Michigan-based rap duo have been using the nickname since 1994. The group hosts an annual festival, "the Gathering of the Juggalos," currently held in Thornville, Ohio. ICP has not commented on the use of the term in this light. Earlier this month, the group posted a link on Twitter to a news story about "Juggalos" participating in a neighborhood clean-up effort in Buffalo.

Watch KOIN's report, as aired on Tuesday, below.