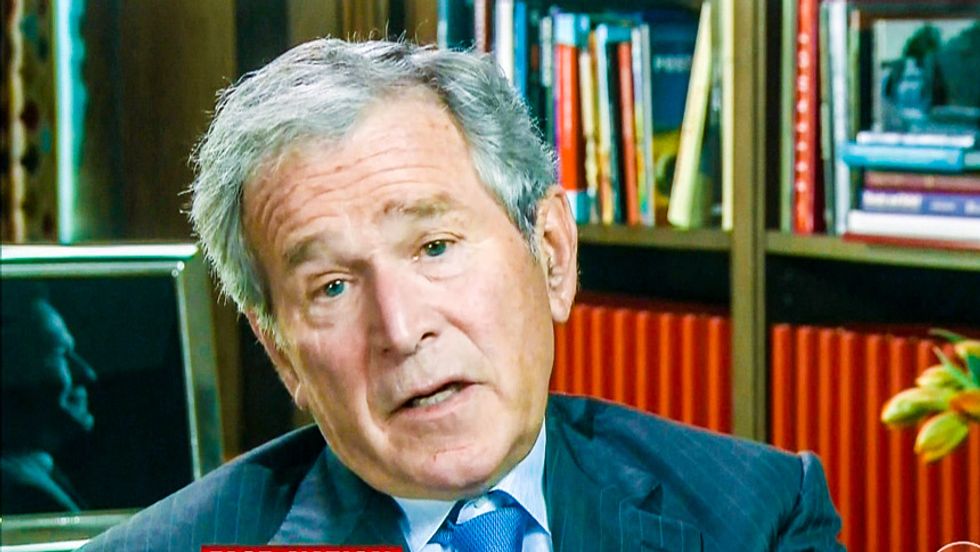 The mainstream media certainly has its priorities in order. Tonight, when President Obama announces his new plan for immigration reform, you can be sure that the networks will be  totally ignoring the speech on one of the most pressing and relevant issues facing not only the country but the world. That's right, ladies and gentleman, ABC, CBS, NBC and Fox (duh) have said they won't be covering the speech live.

In all fairness, this makes sense. After all, why should the networks cover this issue when it is soooo stale? It's so ten years ago. Or eight years ago, to be precise. All four networks covered President Bush's 2006 speech on immigration. So why should they cover another speech on the same issue? I mean the presidents have totally different policies and the context is pretty different. But, still, what's the new angle? I don't see one. Do you? Bush announced  he was sending National Guard troops to protect the U.S./Mexico border. Obama will announce an executive order that will grant legal status and work permits for as many as 5 million people. When you strip away the political jargon, aren't the two policies identical to each other?

Also, the news has to be selective and prioritize. Back in 2001 the networks decided to cover Bush's speech announcing federal funding for limited stem-cell research. I'm pretty sure that if we took a poll asking Americans which issue was more important, stem-cell research or immigration, a majority would say stem-cell research, as in, "what's stem-cell research?" But don't listen to me. Listen to President Bush himself who, during the speech, described stem-cell research as "an issue that is one of the most profound of our time." He also explained that "the issue of research involving stem cells derived from human embryos is increasingly the subject of a national debate and dinner table discussions." And Bush is a known expert on tables, having once famously empathized with people  "working hard to put food on your family." I mean, when Bush speaks about science, you know you're going to learn a lot. And we did. I'll never forget when he said, "Like a snowflake, each of these embryos is unique, with the unique genetic potential of an individual human being." Plus, the optics on that speech were great, since W talked to the nation about it from his cozy ranch in Crawford Texas.

And the networks are consistent. After all, the networks refused to air a White House address on the Affordable Care Act, which was also an irrelevant and niche issue, as only seven million people had signed up for it.