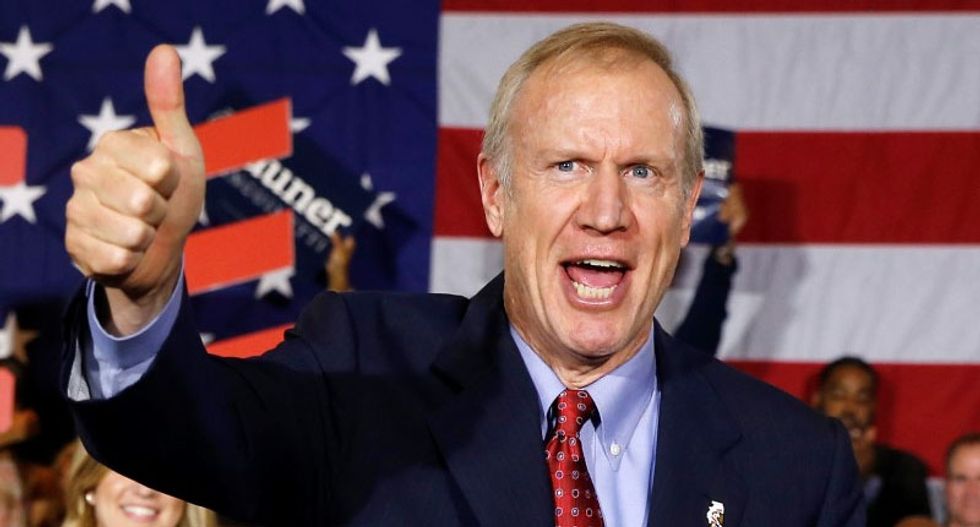 With the Republicans' victory, business lobbyists see a golden opportunity to advance their clients' interests on issues ranging from taxes and trade to banking and energy.

Resurgent Republicans, who solidified their House of Representative majority as well as seizing control of the Senate, are expected to advance a broad range of pro-business goals and priorities with new vigor.

How much actual change results is an open question, with Democratic President Barack Obama able to veto laws passed by Congress, but lobbyists were upbeat on Wednesday.

"We were sending out, as regularly as we could, updates to our members about races that were interesting and the buzz," said Aric Newhouse, senior vice president of policy and government relations for the 119-year-old National Association of Manufacturers.

"We're at the point now where, it's the morning after and our focus is on, What does this mean and how does this turn into problems being solved?" Newhouse said.

Elections such as Tuesday's mark out the playing field for lobbyists for the next two years, presenting new opportunities to advance clients' interests as political leadership changes.

There are thousands of registered lobbyists in Washington - about 22 for every member of Congress - and they earn more than $2 billion a year from businesses, unions and many other groups.

On Wednesday, many of the business lobbyists were sizing up which key Congressional committees would now be chaired by Republicans.

"One of the things we were spending time on this morning was who the projected committee chairs will be in the Senate and how those match-ups are going to work out," said John Engler, a former Michigan governor and president of the Business Roundtable, an association of chief executives of leading U.S. companies.

In the Senate, control of the tax-writing Finance Committee will shift to Republican Orrin Hatch from Democrat Ron Wyden, for instance.

"I’m ready to roll up my sleeves and get to work and I hope the president and his Democrat allies in Congress will join us,” Hatch said in a statement, listing priorities such as tax reform, approval of the Keystone pipeline, and new trade pacts.

Business interests want Congress to renew and extend 55 temporary tax laws that expired at the end of 2013, including a widely used credit for business research and development costs.

A comprehensive overhaul of the loophole-riddled U.S. tax code has not been accomplished by Congress for 28 years, but it is a favorite talking point for both lobbyists and lawmakers.

"We see only a 15 percent chance that comprehensive tax reform is passed under Obama with a GOP Senate," Guggenheim Securities policy analyst Chris Krueger said in a research note.

Still, some analysts said, a narrower, business-only tax reform might be possible, depending on how Obama and Republicans get along and how willing both are to compromise.

"We can surely find ways to work together. ... I look forward to Republicans putting forward their governing agenda," Obama said at a press conference on Wednesday, listing taxes, infrastructure investment and export promotion among potential areas of common ground.

On another front, control of the Senate Banking Committee will shift to Republican Richard Shelby, making financial lobbyists more hopeful about their efforts to curb the power of the U.S. Consumer Financial Protection Bureau.

A watchdog set up after the 2007-2009 financial crisis to police consumer lenders, the bureau is often a target for bank and Republican attacks, while Obama has stood firm in its defense.

In addition, a tax imposed on the medical devices industry as part of Obama's Affordable Care Act may be vulnerable to rollback, said Mary Grealy, president of the Healthcare Leadership Council, which represents chief executives of hospitals, insurers and drug and device manufacturers.

"What we keep hearing out of these elections is a message to end gridlock," Grealy said. "We have a window, probably before the presidential campaigns begin, where we’ll have parties reaching out and trying to get things done."