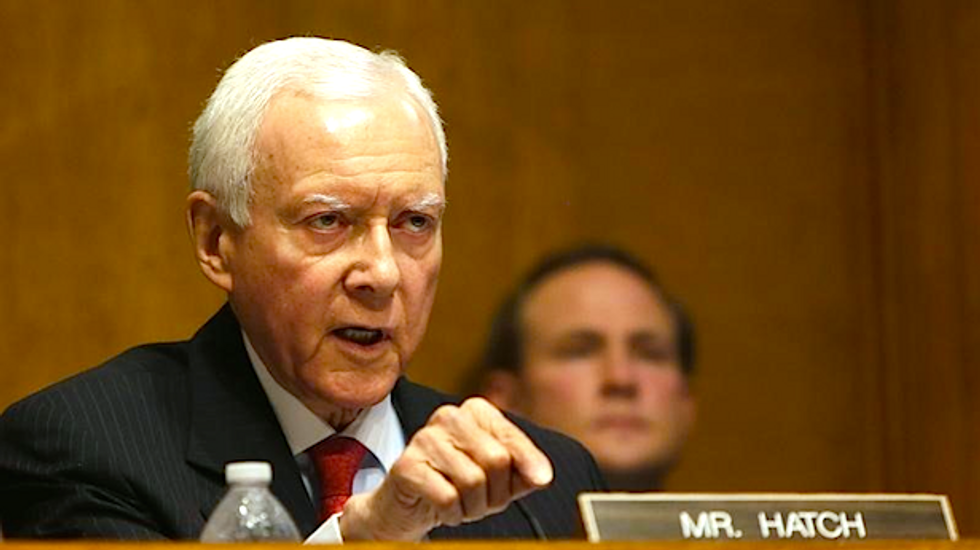 A feisty Senator Orrin Hatch spoke to a gathering at the Federalist Society, telling fellow conservatives he intends to use the filibuster reforms put in place by the Democrats "to stop bad judges if we want to," before referring to progressives as "dumbass liberals."

Speaking at the Federalist Society's annual conference in downtown Washington, D.C, the Republican Senator from Utah who sits on the Senate Judiciary Committee, claimed he was going to turn the new rule -- requiring just 51 votes to advance most nominees, instead of the 60 votes -- back on the Democrats, the Huffington Post reports.

"We should not return to the old rule. We should teach those blunderheads that they made a big mistake. And we have the votes to stop bad judges if we want to," Hatch said.

Prior to the election, Hatch said he wanted to change the rules back, telling Politico, “We should get it back to where it was. You can see the destruction that has happened around here."

With Republicans now the majority party in the Senate, Hatch has had a change of heart.

Hatch also took time to mock liberals for using the term "progressive," telling a laughing crowd, "I get a big kick out of them using the word 'progressive.  My gosh, they're just straight old dumbass liberals anyway."

Hatch said he looked forward to the reforms put in place under the leadership of Senator Harry Reid (D-NV) saying,  "Frankly, I intend to win with our candidate for the presidency in 2016, and we will give them a taste of their own medicine. And we're going to win. We're going to win. These next two years are extremely important. Maybe the most important two years in our history."

Depending upon the Dec. 6 runoff between GOP Rep. Bill Cassidy and Democratic Sen. Mary Landrieu, Republicans could have 54 seats in the Senate.