Republicans united in anger at Obama, but not on immigration response 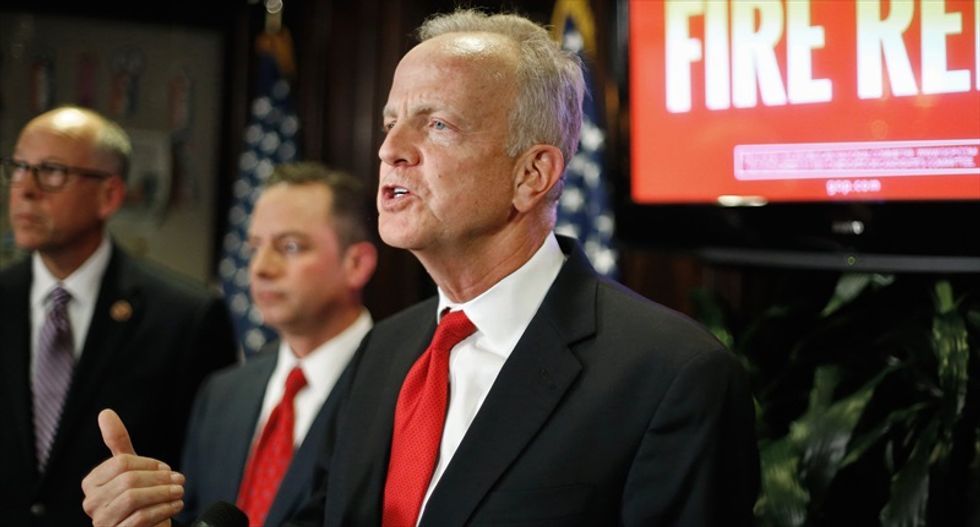 Outrage may be the only thing that unites Republicans over President Barack Obama's immigration order.

While their blood is boiling over his decision to allow nearly 5 million undocumented immigrants to stay and work in the United States, they remain deeply divided over how to stop it.

In dozens of statements, speeches and interviews, Republicans have called Obama an "emperor," a "king", a "partisan bomb-thrower" and a violator of the U.S. Constitution.

But a heated argument is raging among Republicans in Congress over the best response, with a sizable and vocal group of conservatives pressing to use a must-pass government spending bill to withhold funding for implementation of Obama's order easing deportation rules for millions of undocumented residents.

The move, one of the few options Republicans believe could be effective, comes at a high price: threatening another government shutdown that party leaders have vowed to avoid, just over a year after a 16-day closure inflicted heavy political damage on Republicans.

"The only method I know to deal with this, outside of legal proceedings, is the power of the purse string," said Republican Senator Jerry Moran of Kansas.

The looming battle will be an early test of Republican congressional leaders and their ability to keep their sometimes unruly conservative caucuses in line after big midterm election wins that will give the party control of the Senate and an expanded House of Representatives majority beginning in January.

Republican leaders hope to show they are ready to govern, but some lawmakers will not make it easy. Senator Ted Cruz of Texas already called for blocking all of Obama's nominations in the next Congress until the action on immigration is rescinded, while Rep. Steve King of Iowa has said impeachment is "still on the table."

Other suggestions from Republicans have ranged from filing a lawsuit to block the executive action to crafting separate immigration legislation that would override the president's order.

House Speaker John Boehner last week declined to rule out a shutdown battle and vowed to fight Obama "tooth and nail" over the immigration order, but has said little this week about the strategy.

Mitch McConnell, the Senate Republican leader, said he would defer to whatever funding plan Boehner settled on.

"We're considering a variety of options," McConnell said on Thursday. "But make no mistake. When the newly elected representatives of the people take their seats, they will act."

Hal Rogers, the Republican chairman of the House Appropriations Committee, argued on Thursday that a 'de-funding' plan will not work because the agency primarily responsible for processing immigrants, the U.S. Citizenship and Immigration Services, is funded almost entirely by application fees.

Republican Senator Lindsey Graham of South Carolina said the president would face a popular backlash and Republicans should not short-circuit the public response.

"Impeaching the president or shutting down the government are bad responses, inappropriate responses to an immature decision by this president," he told reporters.