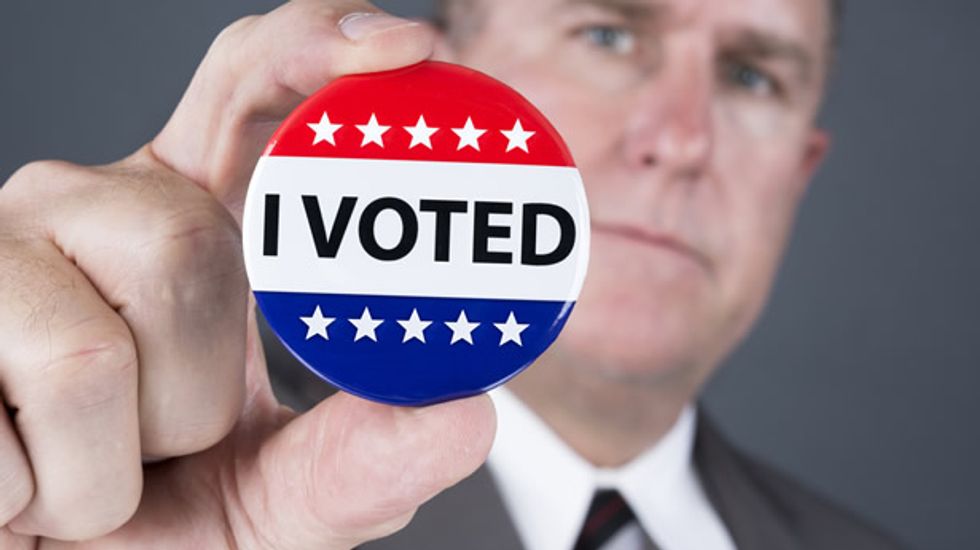 The Republican wave that hit the U.S. Congress in Tuesday's midterm election also boosted the party in state races, where it gained control of 10 chambers and could be on track to holding the largest number of legislative seats since before the Great Depression.

With Tuesday's vote, Republicans took over the U.S. Senate, beefed up their majority in the U.S. House and won the governor's office in several key states. The vote also increased the number of state legislative chambers with Republican majorities to 67 from 57. Party control of the Colorado House and Washington House was still up in the air.

The number of states with Republicans in control of both legislative chambers came to 27 ahead of the election and has now edged closer to the high mark of 30 in 1920, according to Storey. By contrast, Democrats will control the lowest number of state legislatures since 1860, he said.

Riding on President Barack Obama's re-election coattails two years ago, Democrats picked up 150 seats and took back control of eight legislative chambers they lost to Republicans in 2010.

But midterm elections have traditionally not favored the president's political party, with that party losing state legislative seats 26 out of the last 28 times since 1902, according to the NCSL.

“Since 2010, Democrats have faced an unfriendly map on both national and state levels, but our successful voter turnout efforts produced important gains in the North Carolina House and defended the Iowa Senate and Kentucky House," he said in a statement.

Voters on Tuesday were deciding 6,049 legislative races in 46 states, or nearly 82 percent of all state legislative seats.