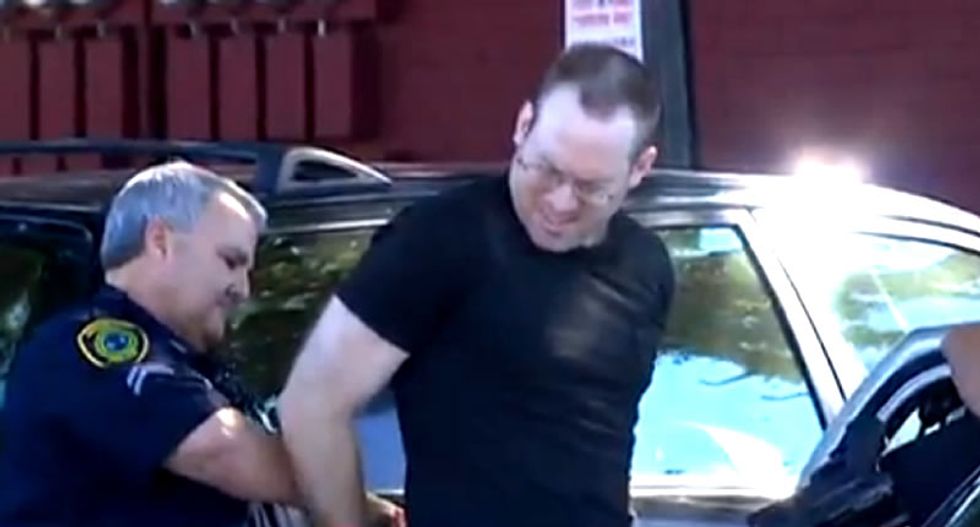 A Houston woman was shot in the head by an off-duty police officer after she honked at him for cutting her off, KHOU 11 reports.

The victim -- who did not wish to be identified for fear of retaliation -- said that she was driving on the 610 Loop when Kenneth Caplan cut her off.

"He was about to hit me," she said, "so I switched to the other lane, got in front of him and cut him off. I guess that pissed him off," because he pulled alongside her, rolled down his window and opened fire.

"He was aiming at me and I thought he was going to cuss me out. It didn't register that I was, you know, going to get shot. I just started crying because I knew I was going to die," the victim said. "I wanted to call my mom to tell her 'I love you.'"

One bullet grazed her head, opening a gaping wound that would not stop bleeding.

"I was like 'oh my God, he just shot me.' I was applying pressure to my head because it wouldn't stop bleeding," the victim said. "The blood was in between my nails, just crazy blood, and all over my cellphone, just covered."

She was, however, able to pull over to the side of the road and call 911.

Investigators would not say what evidence led them to identify Caplan as the shooter, but his home district released the following statement:

"Kenneth Caplan was not on duty at the time of the incident in which he was involved nor was he displaying any article connecting him to the Harris County Constable's Office - Precinct 6. The Harris County Constable's Office - Precinct 6 neither condones nor tolerates the actions taken by Kenneth Caplan that connected him to this incident, and the necessary measures were taken to collect his credentials and remove him from our status."

Watch a report on the incident via KHOU 11 below.